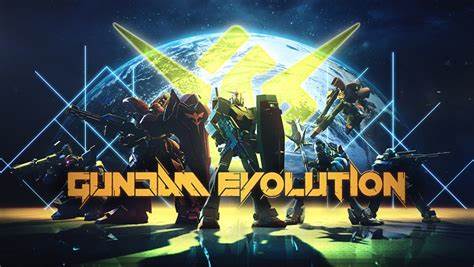 Mobile Suit Gundam has no shortage of video games to its name. Coming up is Gundam EVOLUTION, a 2022 FPS game that will pit teams of six against each other in mecha. It’s still a little way out, but there are plenty of other Gundam games to try in the meantime. Like these… if you can find them.

We’ve found a trio of fascinating games from the long-running series. If you can find them, give them a try, and brush up your piloting skills before next year! 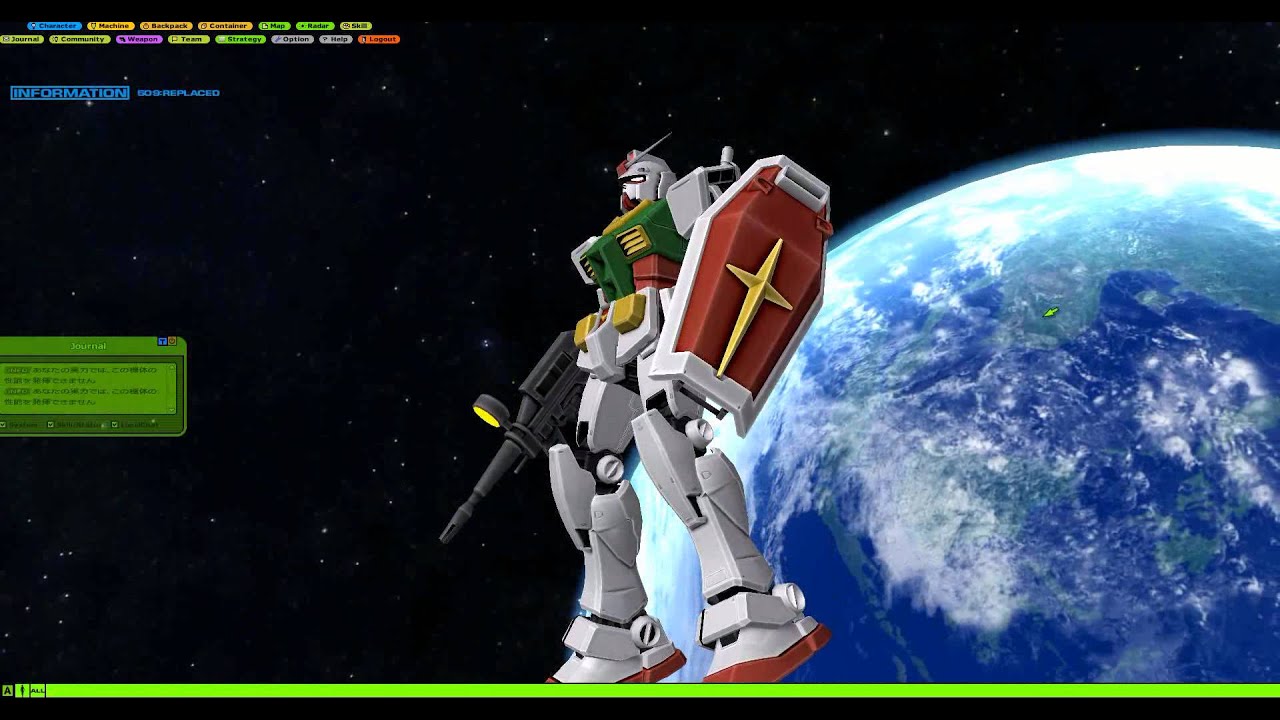 Gundam EVOLUTION isn’t the first PC MMO for the classic mecha series. For a while, players could jump into the world of the original series’s universe. UniversalCentury.net GUNDAM ONLINE had promise of spanning the (in-game) globe with battles and bases. Sadly, it shut down just over two years after it premiered.

Prior to closure, players could take to the field in Australia and in one region of space. Once servers closed, some fans opened servers using the open-source code provided. While the game never hit its anticipated full potential, you can still pop onto these servers and take your pick of classic Gundams and other mobile suits. 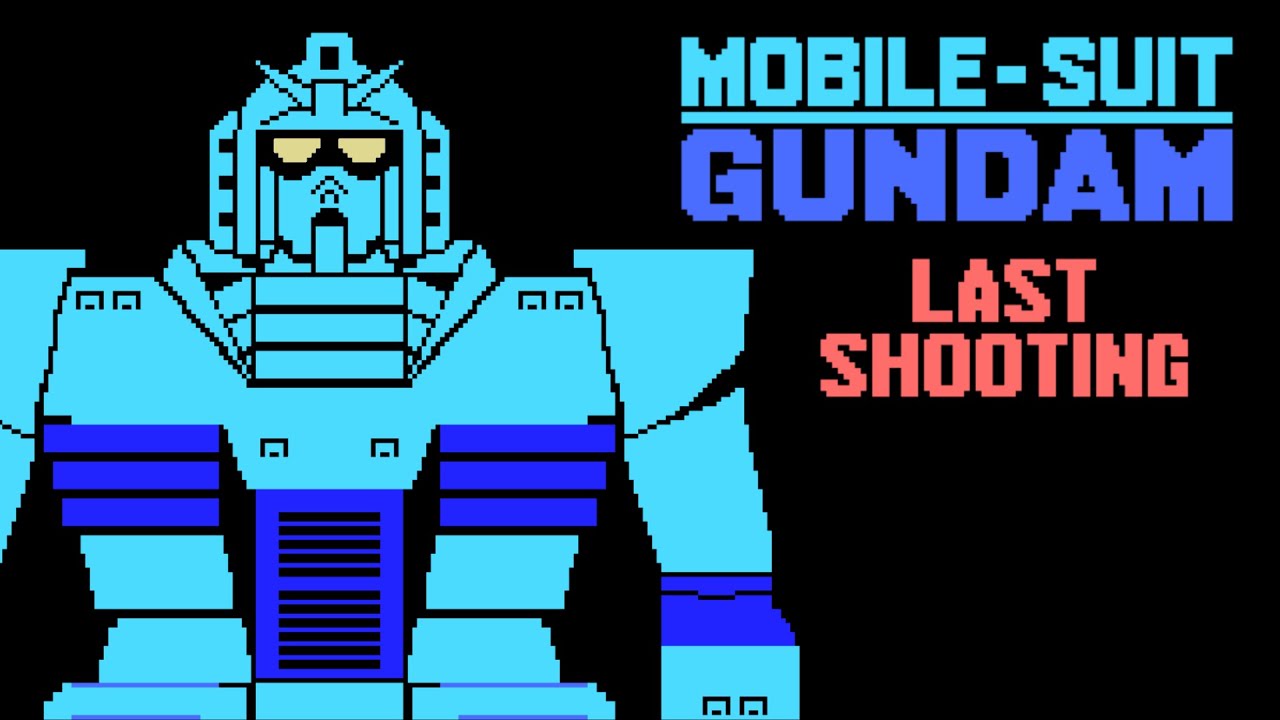 As you enjoy the slick graphics of Gundam EVOLUTION, never forget where the franchise started games-wise: 1984’s Mobile Suit Gundam: Last Shooting. The game was as straightforward as you’d expect for a game of its era. In the side-scrolling phase, you dodge debris and obstacles; in the first-person setup, you steer and shoot from you mecha’s cockpit.

Last Shooting was only ever available for the MSX, a computer released primarily in Japan. The first Gundam console game, Mobile Suit Z Gundam: Hot Scramble, followed in 1986. That one nearly got a release in the U.S., but the localization sadly fell through. Not to worry, as we’ve had plenty more made available to us in recent years. 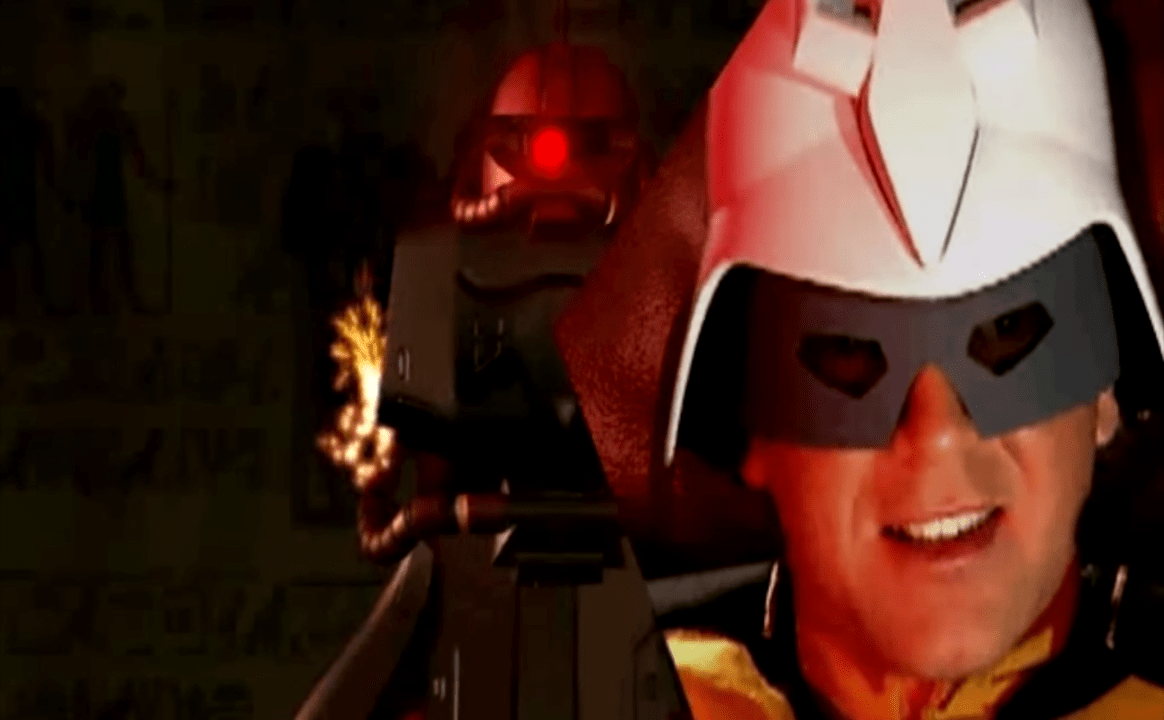 Speaking of Gundam games and North America — it’s no Gundam EVOLUTION, but those graphics sure are lifelike! 1997’s Mobile Suit Gundam 0079: The War for Earth was the franchise’s requisite FMV entry, hailing from Journeyman Project makers Presto Studio. Notably, it’s (so far) the only official commercially-released Gundam game from a U.S. developer. It also precedes G-Saviour, the live-action Canadian Gundam film that never mentions Gundam, by two years.

Throughout the game (which you can watch a playthrough of here), you’ll pilot a Gundam prototype, meet Bright Noa, and face off against a cardboard-masked Char Aznable. The game is not fondly remembered by many — Japanese players rank it as a kusoge and nicknamed this Char the “Chin Comet.” Still, we find it weirdly endearing.

Gundam EVOLUTION comes out next year — be sure to get training!

View all posts by Kara Dennison
My Hero Academia: World Heroes’ Mission Movie Casts Humanize Group
Get in Tune with More Music-Centric Anime Like given