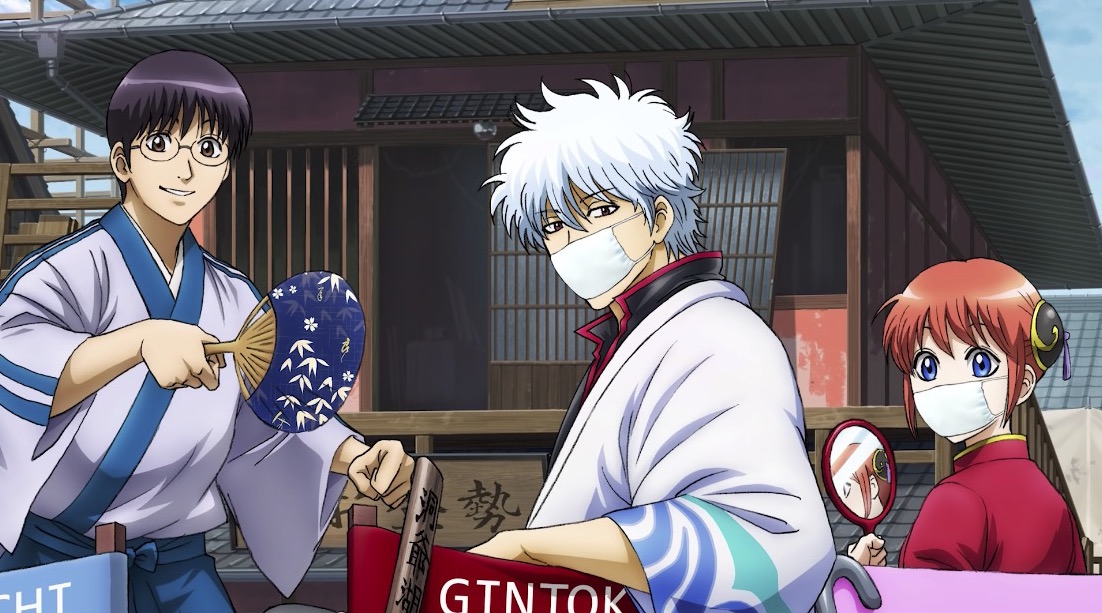 A date is here at last for the new Gintama anime film, which will be the third full-length feature for the series. Following the acts of 2010’s Gintama: The Movie and 2013’s Gintama: The Movie: The Final Chapter: Be Forever Yorozuya, the official website has Gintama THE FINAL slated to open in Japan on January 8, 2021.

Gintama creator Hideaki Sorachi will be involved in the movie, with a new visual by the author to be revealed on August 20. The character designs will also be completely renewed, and you can see two of the three lead cast members masking up in the updated visual featured in the new teaser below.