Gintoki and the rest of the cast of Hideaki Sorachi’s Gintama are heading back to Japanese theaters this summer in Gintama: The Movie: The Final Chapter: Be Forever Yorozuya, and Warner Brothers is teasing the film with a short new clip.

In addition to the promos, WB also launched an official website for the flick, boasting that “It’s the genuine final chapter this time for sure!” Check out the promo and a translation of the message below. 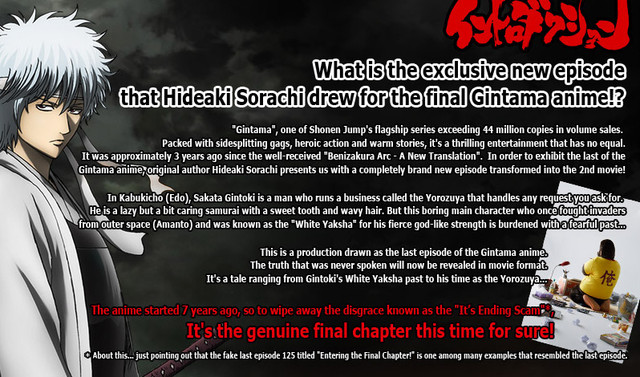