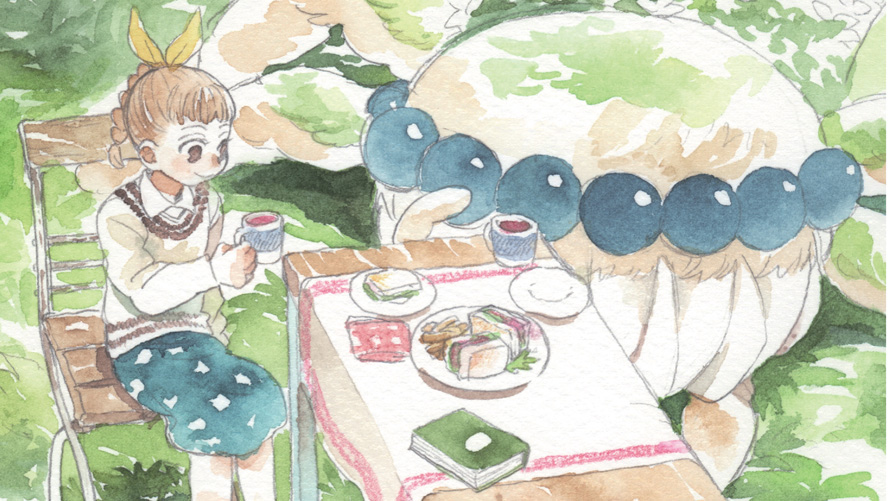 It’s a tale as old as time: Some creature enters a young person’s life and they form a bond that changes everything. We’ve seen a boy and his dog, a boy and his electric mouse, and even a girl and her mischievous alien. Nagi, meanwhile, has a giant forest spider to keep her company in the mountains. Asa isn’t exactly a spider per se, but the critter certainly is close to one—poor thing gets drunk on caffeine at one point—and it’s not like there’s someone else Nagi can share recipes and go on picnics with. The two of them make a connection based on hunger and survival that turns into something deeper.

From the first pages, Giant Spider & Me: A Post-Apocalyptic Tale gives off the familiar vibe of anime and manga that offer a “healing” experience by focusing on the characters’ daily lives rather than a story. It has a similar tone to the otherwise very different Girls’ Last Tour, which is also set in a post-apocalyptic world but doesn’t deal directly with the apocalypse. In fact, aside from the title and a few hints here and there, Giant Spider could almost be about a camping trip with fantasy elements woven in rather than a survival manga set after some 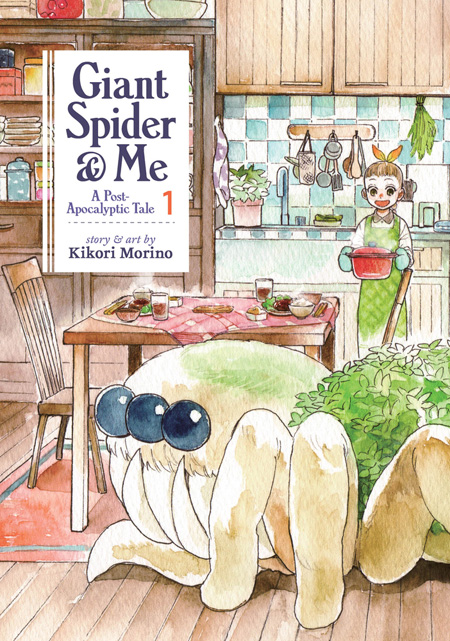 apocalyptic event. We’re left in the dark as to what the specific disaster was, and the manga doesn’t want us to dwell on it for too long.

The manga’s main appeal is its serenity. While the first volume sets up a healthy dose of drama to come, for most of its length Nagi and Asa live in the present instead of dwelling on the past. Time is spent on making such treats as pumpkin dumplings and miso ratatouille—something like the series Restaurant to Another World—but it’s not exactly a cooking manga either. There’s a strange domestic bliss in watching Nagi and her spider “bonding” (though Nagi is never entirely sure what to make of her companion) and coming to a mutual understanding. Of course, if the last page is anything to go by, bliss has its fair share of bumps in the road. The first volume of Giant Spider & Me: A Post-Apocalyptic Tale offers a refreshing peaceful retreat rather than the doom and gloom expected from apocalyptic tales.