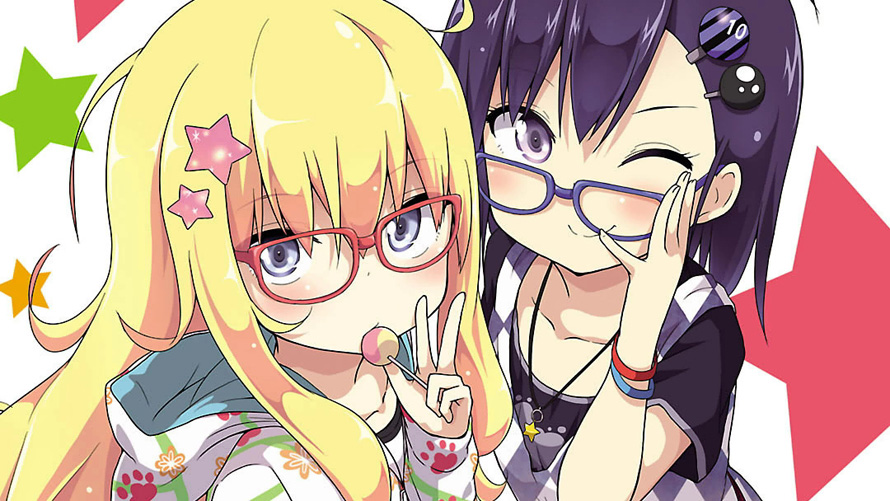 Fresh out of angel school, Gabriel is sent to Earth to help humanity. Once there, she becomes seduced by the pleasures of the flesh: playing video games, watching anime, eating instant ramen, and not bathing. In no time, she’s skipping out on her angel duties to loll around her filthy hikikomori apartment, yelling at her laptop. Meanwhile, the local demons are a couple of sweet girls who have trouble mustering even Gabriel’s apathetic level of evil. (“Sensei, I didn’t do my homework … Isn’t that just the most demonic thing you’ve ever heard?!”) 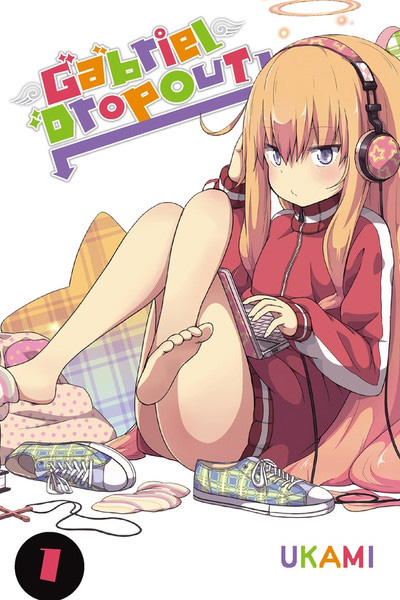 Gabriel Dropout starts out as yet another manga about a cute, surly girl geek in the WataMote mold, and making the character a supernatural entity discovering human pop culture is a fun twist. But after the first few chapters, the manga seems to be straining for ideas. Gabriel’s media addiction and abandoned angelic mission both fade into the background, and instead the characters have low-key adventures at the high school they all attend for some reason. It’s not clear what either the angels or the demons are supposed to be doing on Earth, and they seldom interact with their mortal classmates, so there’s no human baseline for their behavior.

Most of the humor is based on the characters (a) trying and failing to figure out human phenomena like cooking, or (b) trying and failing to be evil. Both of these things are funny, but not all that funny, and by the end of the first volume Gabriel Dropout is repeating itself and introducing new cute angels and demons whenever it runs out of steam. The generic artwork, with all the characters sharing the same bobble-headed moe design and differing only in clothes and hairstyle, adds to the sense that the manga is as low effort and low energy as its protagonist.