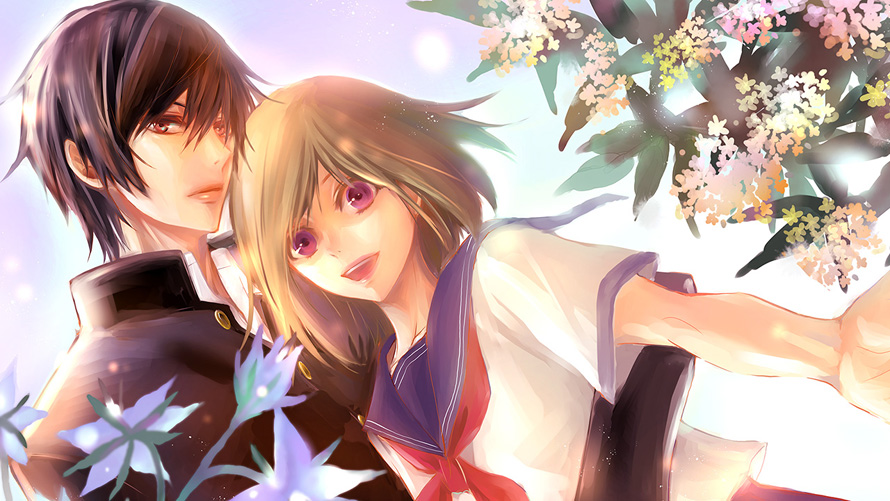 Queen’s Quality is a sequel to QQ Sweeper and isn’t the best place to jump on board. If you haven’t read the previous series, it’s hard to catch up on the plot or get invested in the characters. While Motomi does a decent job of introducing new readers to protagonists Kyutaro and Fumi, it’s obvious that they have a long history together that readers just joining the story are missing. The secondary characters aren’t as well developed. The male characters look alike to the point of confusion. The villainous bug handlers also look like stock characters with little to make them stand out. 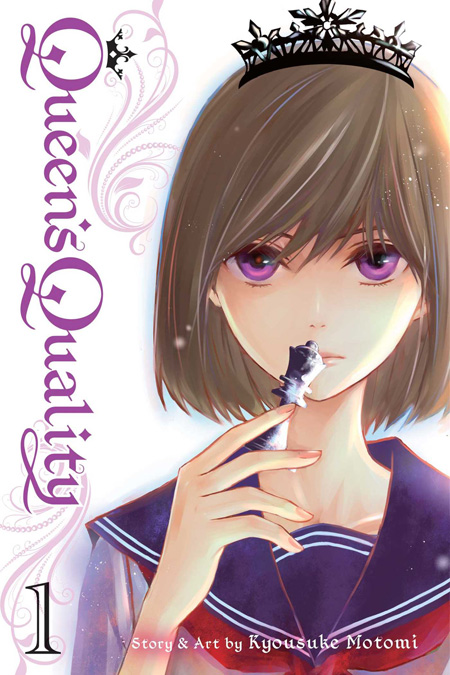 But what about the story itself? Fumi Nishioka is an orphan who lives with the Horitaka clan, a family of “sweepers” who protect the doors that lead into people’s minds. “They wash away ill will and sicknesses that eat away at people and help cleanse them inside,” the manga explains. What this means is that they fight manifestations of ill will, which look like bugs or skeletal animals, with cleaning implements. So there’s a good amount of broom action! It’s an interesting concept, and the ideas and magic of the world are well established from the outset. Fumi and Kyutaro also have great chemistry as a romantic couple.

Beyond that, the story is confusing. For reasons not explained very well in Queen’s Quality, Kyutaro is deeply in love with Fumi, but Fumi’s memories have been locked away, so he can never tell her how he feels. Fumi has the power of a Queen, who can control minds, and is in danger of awakening as a malevolent Black Queen. The evil bug handlers are hoping to awaken the Black Queen in Fumi and thereby … kill all the people they deem to be trash? Or something. More of their nefarious scheme will no doubt be revealed in future volumes.

Despite these nitpicks, the story flows well, and Fumi is a sweet character with inner strength. The art is a bit bland, but it’s solid and competently drawn by a seasoned mangaka. Queen’s Quality is best recommended for fans of QQ Sweeper, though if this is your first taste of the Sweepers, it may whet your appetite for more with its balanced mix of romance, horror, and the supernatural.