Land of the Lustrous’ Precious Stones 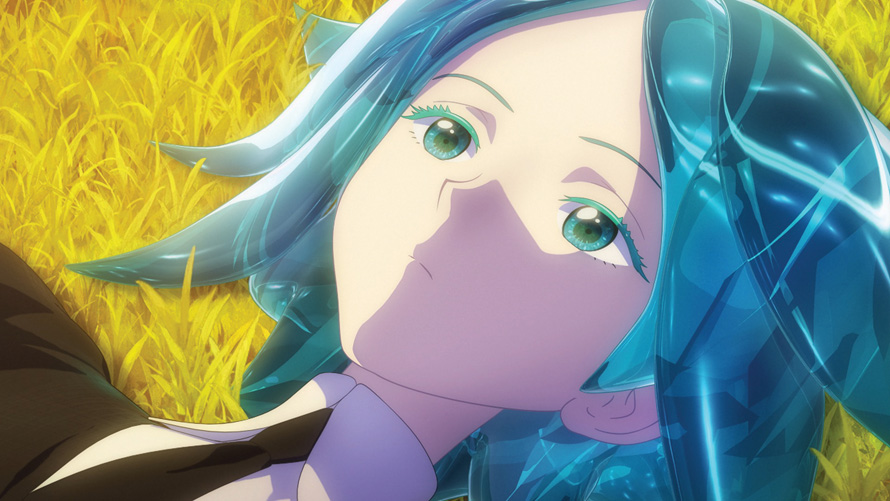 A lovable cast of humanoid gemstones and a distinctive CG style make Land of the Lustrous a standout anime series.

In theory, Japanese animation is a rich medium with a diverse palette of storytelling conventions and character archetypes. And to a large degree this is true—within just the past five years you can find dark fantasy (Attack on Titan), figure skating (Yuri!!! on Ice), and even improv comedy (gdgd Fairies). But it’s also a medium driven largely by rehashed tropes and archetypes, and after a while it starts to wear thin. Then you watch Land of the Lustrous, the 2017 CG anime based on Haruko Ichikawa’s manga. It’s easily one of the most fresh and inventive anime series in years.

The cast is almost entirely comprised of immortal, agender  humanoid gemstones with translucent, colored hair and bodies that shatter when struck. If any of this reminds you of Steven Universe’s Gems, you wouldn’t be the first, though the similarities are mostly surface-level and coincidental.

While these “Lustrous” defend themselves against enigmatic “Lunarian” invaders who spirit the prettiest stones away to the moon, the youngest of the bunch, Phosphophyllite or “Phos,” struggles to find their purpose. The other Lustrous have talents for combat, medicine, or domestic chores, but Phos is brittle, clumsy, and not too bright, though none of that gets in the way of their comical levels of spunk. As Phos compiles a natural history of their world and tries to befriend another outcast member of their clan, they begin to uncover the true origins of the Lustrous and the reason for the Lunarians’ relentless attacks.

A group of young (or young-looking, in this case) characters fending off alien invaders is well-trodden ground for anime, but that’s about as far as the similarities in Land of the Lustrous go. The designs for the Lustrous are novel enough as it is, with their slender bodies, androgynous features, and sharp uniforms, but the invaders are particularly bizarre. The Lunarians are depicted not as monsters, but masses of serene, faceless humanoids, arrayed like a Buddhist procession (such Buddhist imagery is woven throughout the series). They are divine, inscrutable, and all the scarier for it; when the Lunarians appear, otherwise peaceful scenes become tense and dangerous.

There’s a similar tension hiding just under the surface of the entire show, and it’s one of its most subtle strengths. Phos’s infectious energy and comedic asides hide a character grappling with very real feelings of inferiority. As they make the rounds among the other Lustrous, it becomes clear that the biggest challenges facing these characters aren’t their battles with the Lunarians, but their own struggles with their relationships and bodies (each gem has a different hardness level, and while they are immortal and can be pieced back together, losing even a shard means losing a piece of their memory). Land of the Lustrous excels in marrying these internal and external struggles, ending each episode on a cliffhanger just as both hit a climax. In one episode, for instance, a character builds up Phos’s trust before violently betraying them in the final moments. Through it all there’s a refreshing lack of exposition; the mysterious origins of the Lustrous and Lunarians are delivered in a tantalizingly slow drip, and the story conveys most major turning points without overexplaining. When Phos gains a new ability partway through, there’s no internal monologue, just a few wordless moments as the realization dawns on them.

3D CG anime has gotten a deservedly bad rap over the years thanks to a glut of cheap, low-quality animation, but studios have been upping their game recently, as seen in projects like Expelled from Paradise, The Dragon Dentist, and Animator Expo. Studio Orange, who animated the blistering mecha fight scenes in Code Geass: Akito the Exiled, turn in their best work yet in Land of the Lustrous. The fights are soaring, acrobatic affairs, showcasing the limber bodies of the Lustrous and taking advantage of dynamic camera angles made practical through the use of computer graphics. But the larger innovation is in the realm of character animation, where the posing and timing is crafted with a level of detail usually reserved for hand-drawn anime! Phos in particular steals the show. They bounce across the screen in nearly every scene, perfectly matching the exuberant performance of voice actor Tomoyo Kurosawa (Kumiko in Sound! Euphonium). In addition to the 3D models, 2D animators provide supplementary close-ups and facial animation, most of which is seamlessly integrated. 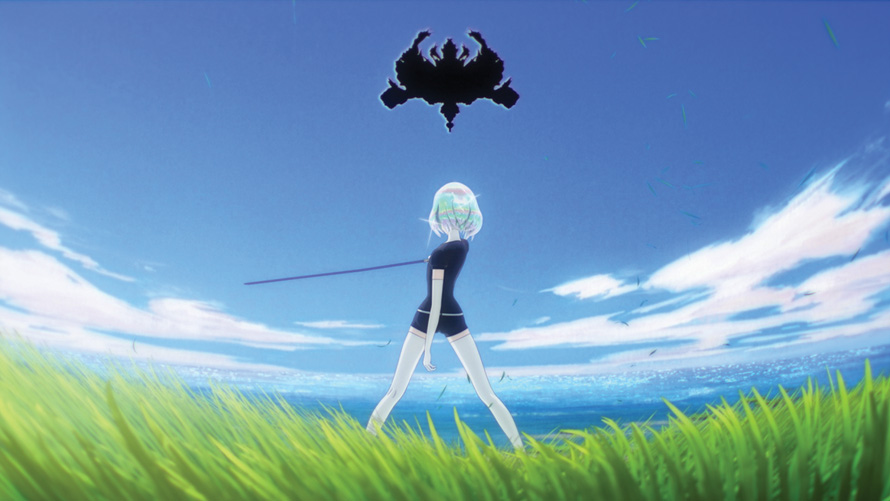 What’s most exciting about the CG, however, is how Orange embraces it instead of slavishly recreating the look of hand-drawn anime. The light bouncing off the Lustrous’s prismatic hair and shattered bodies would be nearly impossible in a hand-drawn production, and the show uses a number of fluid and particle effects, mostly to good effect (nobody’s denying that there’s room for improvement in anime CG). Too many modern productions rely on cel shading, ignoring CG animation’s rich array of materials and special effects.

And it’s not just the animation that makes this a standout production. An orchestral score, sparse but textured backgrounds, and art direction that captures and improves upon the swirling, spiritual atmosphere of Ichikawa’s manga make Land of the Lustrous one of the best looking TV anime in recent memory. I wouldn’t be surprised if we look back on this series years from now as a turning point for CG anime. 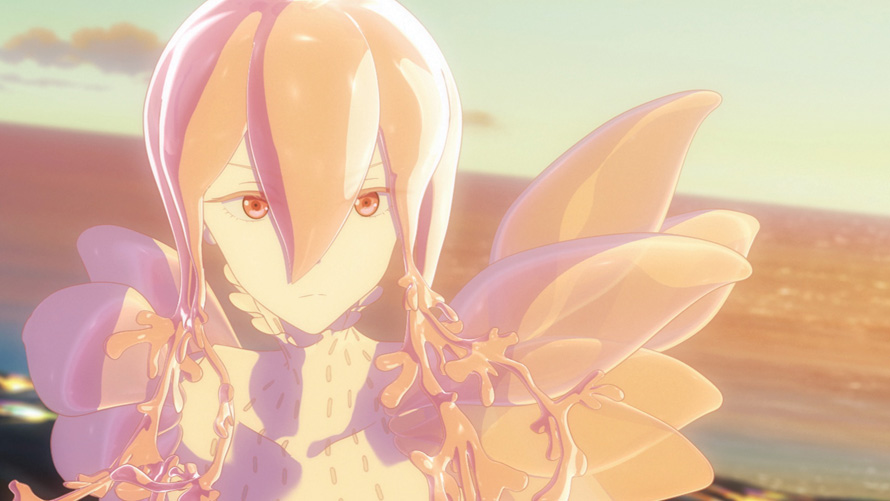 As I write this, Land of the Lustrous is still airing on Amazon’s Anime Strike channel; trust me, it’s actually worth braving the infamous double paywall for this one. There hasn’t been a dull episode yet, and I’m excited to see how the remainder of the series plays out. It’s a dazzling, multifaceted show that shines brighter the longer you watch it, not unlike the gemstones whose stories it tells. The next time you want to convince someone of the dizzying variety of stories available in Japanese animation, tell them about Land of the Lustrous.

Land of the Lustrous is available from Sentai Filmworks and Anime Strike.