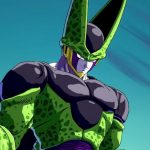 It’s safe to say Dragon Ball FighterZ is the most anticipated Dragon Ball-related game in quite some time. It’s definitely shaping up to be something special, and the latest issue of V-Jump magazine is here with a better idea of when to expect it. While the western release is still slated for “early 2018,” Japan gets the fighter on PS4 and Xbox One on February 1, 2018.

V-Jump also announced two new character additions: Nappa and Ginyu. Players can look forward to becoming spiritually linked with Goku and other DB characters in the newly-detailed Story Mode, which pits everyone against an army of clones.

Here are some of the more recent Japanese character trailers, including Majin Buu, Gohan, and Cell.

When it launches in the west, Dragon Ball FighterZ will also be available on PC.