According to the April issue of V Jump, which hits shelves on February 21, revised anime series Dragon Ball Z Kai is getting ready to return to television in Japan. The show previously ended along with the close of the Cell Saga in March 2011, but now it’s time to get ready for more as we enter the Majin Buu storyline.

Kai will be taking Toriko‘s slot on Fuji TV starting April 6. For those who haven’t seen this version of DBZ, it includes high-def picture, sound, and special effects, a re-recorded voice track featuring most of the original cast, and an edit meant to improve the original’s pacing. 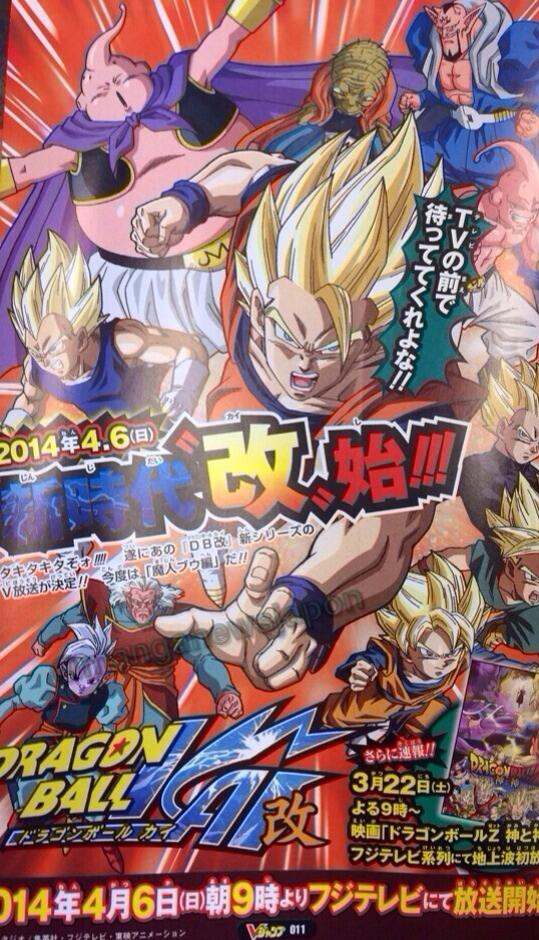 You can also see Kai‘s return in the next issue preview on Shueisha’s official V Jump website.