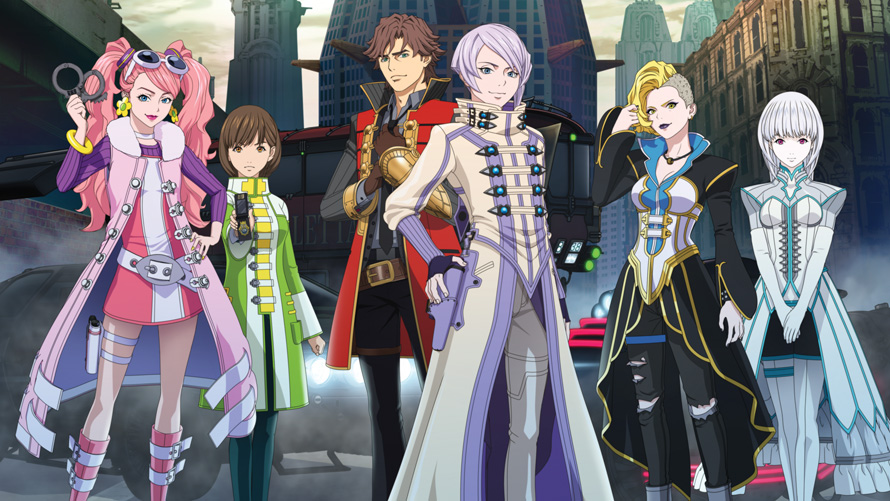 Going berserk and rampaging through town

Love buddy cop comedies? Did you catch the excellent series Tiger & Bunny? You’re going to find a lot to enjoy about Double Decker! Doug & Kirill. Set in a world not unlike the colorful and extravagant series Tiger & Bunny showcased, it’s a dynamo of a series that scratches any of those special “monster of the day” show itches you may have been experiencing since ending your last shojo anime series bender.

Set in a slick futuristic city, criminals are using and slinging a strange new drug called “Anthem” that gives them superhuman powers in the form of a state called “Overdrive.” As such, law enforcement is trying its best to curb drug abuse with Anthem and keep criminals from going berserk and rampaging through town. 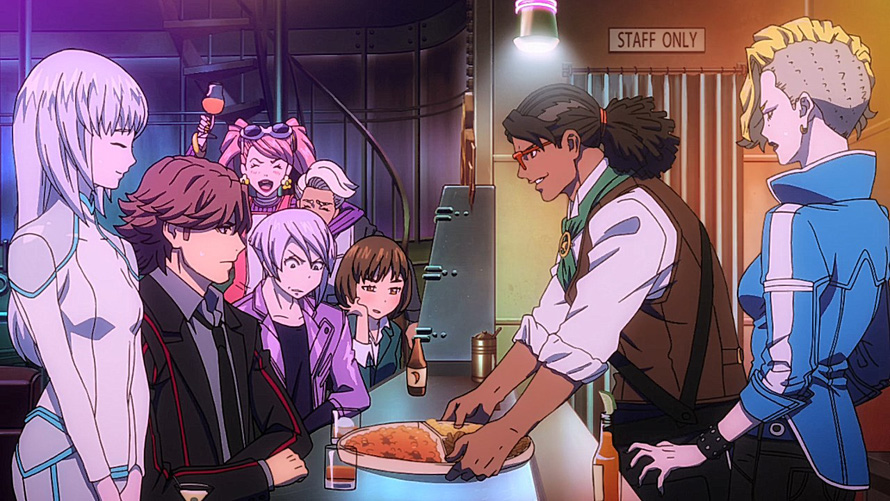 Enter Kirill Vrubel, a hotheaded young cop who dreams of becoming a hero. The 20-year-old rookie cop is paired with the more experienced Doug, a skilled professional who drives a sports car that looks a heck of a lot like a DeLorean. The two are part of the special “Seven-O” crime investigation squad (a nod to classic cop procedural Hawaii Five-O), specially crafted to look into the epidemic of Anthem across the city.

They’re paired up using the “Double Decker System” of involving two cops per team, each with their own nicknames (Doug’s is “Veteran” and Kirill’s chosen nickname is “Okappa.”) WIth Kirill on the Anthem task force, it’s time for him to step up and live through all the he’s been dreaming of for so long. 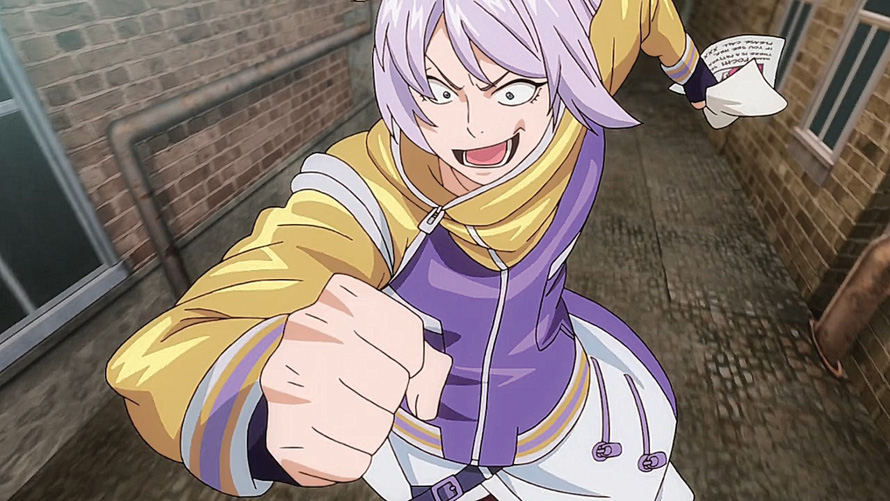 Doug and Kirill as a pairing are a driving force behind why Double Decker works so fantastically well—beyond, of course, the excellent animation, pop culture references, and great voice work. On the outside, it resembles a fun paint-by-the-numbers buddy cop drama with a different threat each episode, but there’s a lot more to it than that. There’s an awesome sense of world building that fleshes out each character and gives you the feeling that they all work together like one big dysfunctional family—like the classic buddy cop shows of yesterday. The only big difference here is that people use magic guns and the people are a whole lot prettier than all the “real-life” cop dramas you see mired in grittiness.

That’s not to say they’re good looking. They’re just drawn to dazzle. Instead of relying on the more clichéd cast of high school students and teens, Double Decker, like Tiger & Bunny before it, features a well-rounded selection of mature personalities with unique designs. There are no generic black-haired students to speak of here, but there are pink-haired cops and the lavender-haired Kirill, which brighten things up considerably. They seem consistently “real,” which is refreshing for the genre in a big way. One of the most unique bullet points (get it?) is the show’s willingness to totally make fun of Kirill for being such an overeager cop, and its predisposition to poke fun at most of its cast and characters. 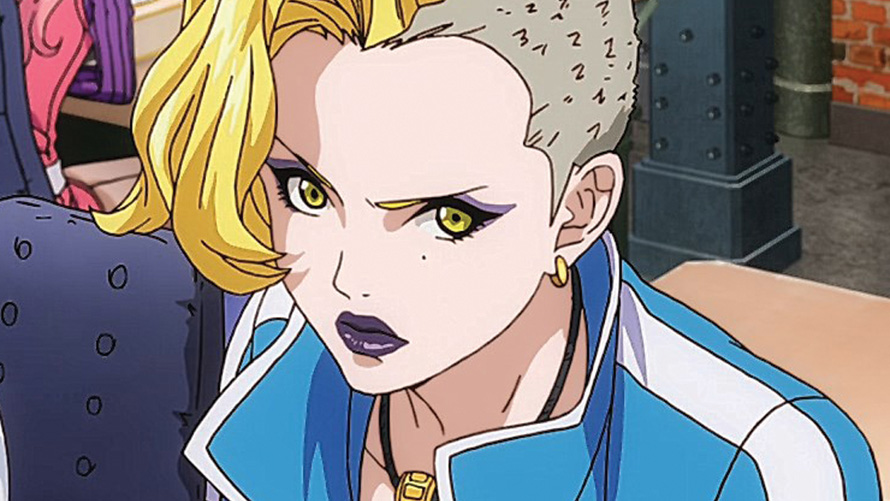 Though Doug and Kirill are usually tasked with chasing down the villain of the day, sometimes they get into other silly circumstances, like Kirill chasing down his neighbor’s cat or watching the characters bicker. It adds some much needed levity to what could certainly become a mundane procedural, and that’s part of what gives Double Decker so much unique flavor.

There are certainly references to Tiger & Bunny‘s universe scattered throughout, making it apparent these two series share some similarities, but it’s nothing of a “remake” or “sequel” of sorts, meaning you can jump right in and watch without issue, even if you’ve never seen that show. It’s a totally different setup, as well, with only the most tenuous connections. 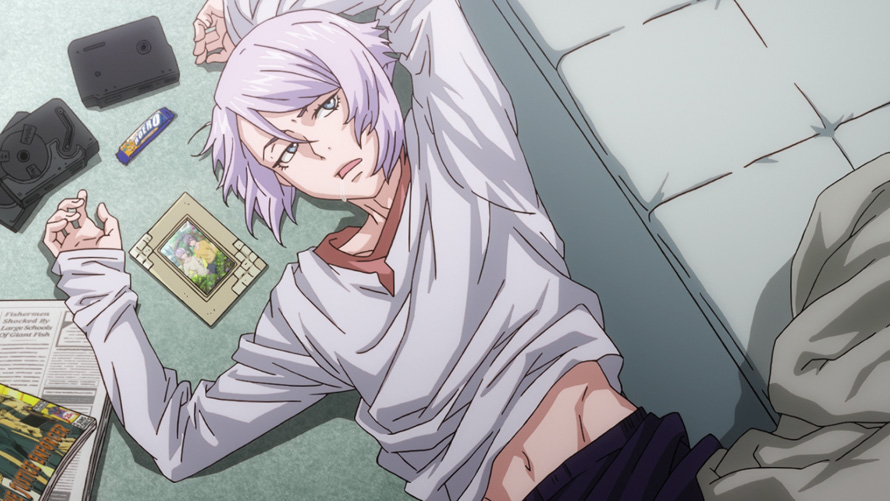 If you’re looking for a frenetic, unique take on buddy cop drama with some truly excellent writing, Double Decker should be right up your alley, especially if you liked what you saw with Tiger & Bunny.