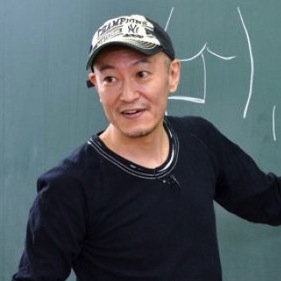 You might be familiar with manga author Masakazu Katsura, well known for titles ranging from Video Girl Ai and I”s to Zetman and beyond. In recent years he’s also gained notoriety for his work as character designer on Tiger & Bunny, but superheroes weren’t the topic during his appearance on comedian Bakarhythm’s NOTTV variety show.

Instead, Bakarhythm’s show focused on Katsura’s other notable skill in a special “How to Draw H Manga” segment. With some assistance from Manami Yoshikawa, Katsura demonstrated how to draw sexy manga butts, as you’ll see in the brief preview below.