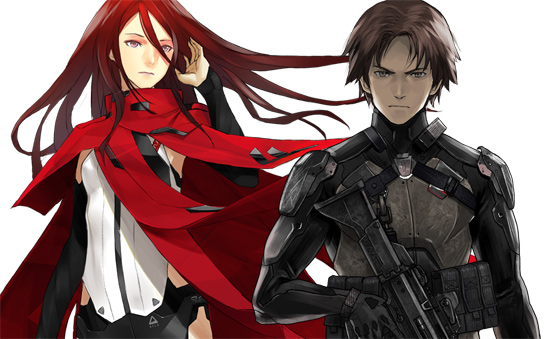 We’ve been incredibly remiss on giving you guys much in the way of news on noitaminA’s Project Itoh film project. Let’s take a couple minutes and rectify that, shall we?

Project Itoh (Itoh Keikaku) was a Japanese novelist known for a series of science fiction novels published in the late 00s. He passed away from cancer at age 34, but not before being hailed as one of the best sci-fi authors of his generation.

Now noitaminA, the late-night alternative anime programming block which has recently gotten into the film-producing game, is adapting three of Itoh’s novels into feature films.

Itoh’s The Empire of Corpses will be directed by Ryotaro Makihara (Hal) at Wit Studio.

Harmony will be co-directed by Takashi Nakamura (A Tree of Palme) and Michael Arias (Tekkonkinkreet) at Studio 4°C.

Finally, Genocidal Organ will be directed by Shuko Murase (Ergo Proxy) at Manglobe.

All three films will feature designs by illustrator redjuice (Guilty Crown) and be released in 2015.

Quite an information dump, but the tl;dr version goes something like this: noitaminA are making a bunch of Project Itoh adaptations with some serious talent at the helm. Rejoice.