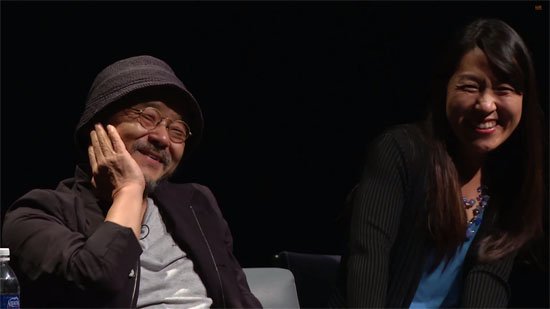 If you are at all interested in the works of Mamoru Oshii (Patlabor, Ghost in the Shell, Jin-Roh) may we heartily recommend this in-depth interview from last year’s Toronto International Film Festival?

“One hour twenty minutes?!” you scream. But trust us. This is great.

Oshii is on fire during this conversation with TIFF’s Jesse Wente (with superb interpretation from Projection I.G’s Maki Tershima-Furuta), showing his intellectual side but also causing the audience to roll with laughter. It’s enough to remind us before his ultra-serious films like Innocence, Oshii was a director of comedy anime.

Seriously though, it’s a rare opportunity to hear Oshii speak in such an in-depth format on his films in English, so yes, set aside that hour twenty and give it a watch.

INTERVIEW: Musician Avu-Chan Talks About Starring in Inu-Oh and the Power of Music