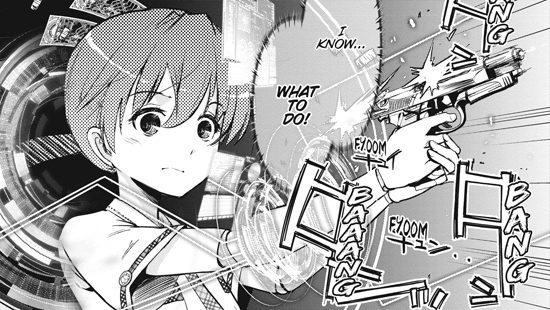 Nana-Korobi Nene wants to achieve world peace—and if that means starting by saving the island city of Vulcan from destruction using her cybernetic prosthetic body that’s been modified with a tactical app, then that’s what she’ll do. But she’d rather cuddle Clarion, the cute, aloof cat-eared cybernetic girl. 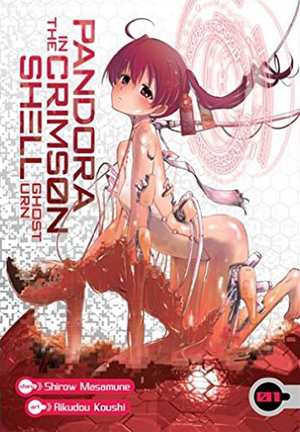 And THAT, folks, is Pandora in a nutshell. Two cybernetic girls with prosthetic bodies, one mad sexy genius lady, and a drilling machine gone rogue. This wacky, action-packed manga comedy comes from the brain of Shirow Masamune of Ghost in the Shell fame and Rikudou Koushi, creator of Excel Saga. Putting these two creators together gets you a crazy robot cyberpunk story with lots of, ahem, suggestive details.

No, seriously. Readers won’t need Freud to tell them that this manga is all about sex. Specifically, girl-girl sex complete with electronic, ah, climaxes. Nene and Clarion have to get real touchy and blushy to activate the Pandora Device that allows Nene to go into action mode.

Naturally, there’s a lot of action in the first portion of this multi-volume series. What there’s not a lot of is plot. As the afterword indicates, Masamune and Koushi put quite a bit of time into building this future world, so perhaps future volumes will reveal more structure. As for Volume 1, however, the plot is just barely there—and I do mean bare. 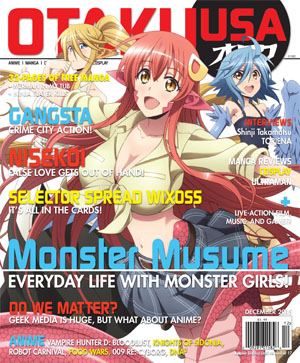 This story was originally published in the December 2015 issue of Otaku USA Magazine. It’s no longer on newsstands, but if you want a hard copy you can get it here. It’s also got features on Monster Musume, Gangsta, Selector Spread WIXOSS and more coverage of anime, manga, TV games, and cosplay!