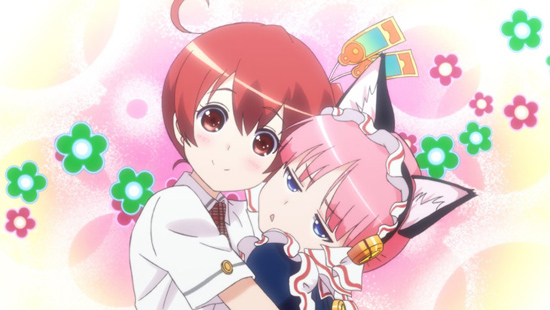 If the title Pandora in the Crimson Shell reminds you a little bit of another science fiction manga-anime franchise, it’s no coincidence: Pandora is the brainchild of Masamune Shirow, the manga-ka behind Ghost in the Shell, not to mention Appleseed and Dominion.

Shirow was out of the manga writing game for several years, but came back with Pandora in 2012. But instead of taking the reins, Shirow provided the concept for the manga, with the actual story and illustration in the hands of Koshi Rikudo (Excel Saga).

Pandora in the Crimson Shell is set to hit TV screens in January as an animated series, and in anticipation, Kadokawa has previewed the first episode in a limited theatrical version.

Pandora revolves around Nene, a cyborg with an all-robot body who, as the story begins, is on her way to a tropical island called Cenancle when she meets a rich designer named Uzai and her robot companion, Clarion. For some reason Nene takes an instant liking to Clarion (must be those cat ears). 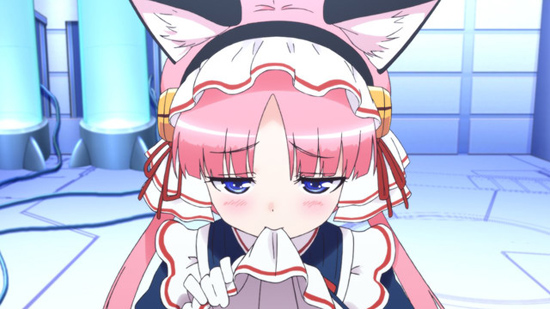 Reaching the island, Uzai and Clarion are immediately drawn into a battle with a robot Uzai invented that has gone berserk, and Nene, worried about Clarion, joins in. Now, this is where things get PG-13: to download the special fighting techniques located within Clarion, Nene has to touch Clarion, uh, “down there.”

Why? Masamune Shirow, that’s why. Those who’ve read the original Ghost in the Shell manga (especially the chapter Dark Horse had to cut for U.S. release) know this stuff is Shirow’s forte.

The anime version of Pandora in the Crimson Shell was directed by Munenori Nawa (Locodol, Nakaimo – My Sister is Among Them!) with a script by Tatsuya Takahashi (The Idolmaster Movie). The animation quality can best be described as “perfunctory”: Pandora is no masterpiece, nor does it aspire to be. This is pure gag anime, and your enjoyment will definitely depend on how much you like jokes about quasi-lesbian robots.

Personally, I’m the type to perk up at the phrase “quasi-lesbian robots,” and a fan of both Ghost in the Shell and Excel Saga, but this pairing of the two somehow fell flat for me. But the theatrical version of Pandora in the Crimson Shell is clearly just a teaser for the series (it even ends on a cliffhanger) and perhaps, as they say, the best is yet to come.

Plus, I got a little board signed by character designer Takuya Tani. So that’s something. 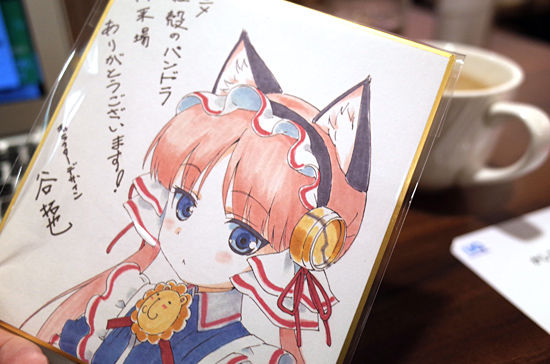