Dear Miyazaki: We Love You, You’re Great, Now Go Away 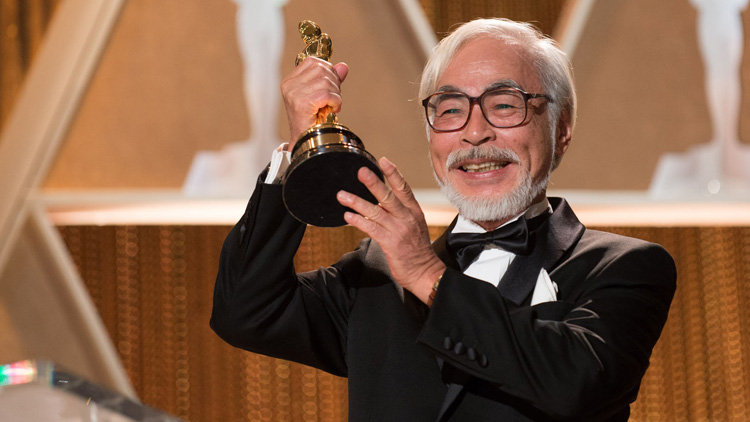 Five years after the release of what was billed as his final film, the (ultimately pointless) debate rages on: who is the next Miyazaki? His son, Goro? His one-time almost-collaborator, Mamoru Hosoda? New box-office king Makoto Shinkai? This week, it turned out the next Hayao Miyazaki is actually none other than… Hayao Miyazaki.

Earlier in the week, Studio Ghibli producer Toshio Suzuki confirmed what everyone already basically knew: that Hayao Miyazaki is coming out of retirement (for what by some accounts is about the seventh time) to make another full-length film.

To those familiar with his retirement track record, the news might not have come as a huge surprise. But unlike, say, when he declared his intention to pack it in at the age of 46 after completing The Castle in the Sky, the director’s age 30 years later made his short-film-making semi-retirement seem more plausible. But no matter: Miyazaki has told Suzuki he is “willing to die” while making his new film. Anything short of it will probably never stop the guy. 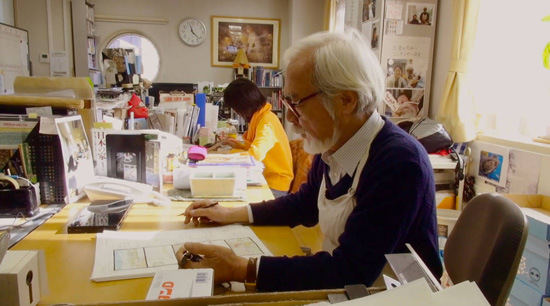 Great, I thought upon hearing the news. What’s not to like, after all, about one more film from one of the greatest anime directors of all time?

But a conversation I had with a young animator this weekend complicated my views on the matter. This animator, like practically everyone in the anime industry, has a huge amount of respect for Miyazaki. But, he argued, the un-retirement of the master director complicates things at a critical junction for the industry.

October 21, 2016: a group of insiders and enthusiasts gather at an event that, for anime industry number-crunchers, feels like Christmas: the annual release of the AJA’s Anime Industry Report. One Powerpoint slide is particularly striking. The title is “Is the Need to Rely on Ghibli Over?” and it shows that thanks to a number of successful theatrical films, including Hosoda’s The Boy and the Beast, big-screen anime actually made more in 2015 than ’14 or ’13, which both had Ghibli releases. And with the triple success of Your Name, A Silent Voice and In This Corner of the World in 2016, the industry is showing it can do just fine with a younger generation of creators at the reins. 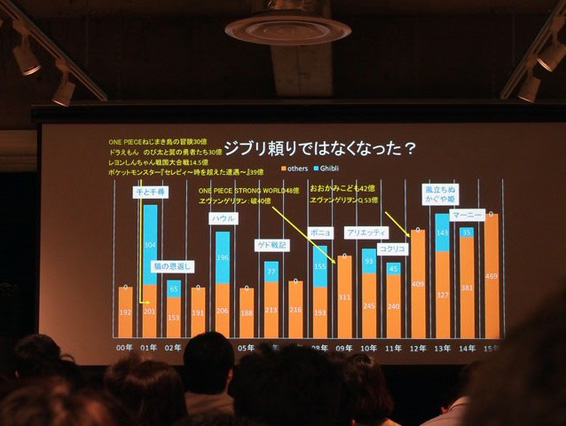 In short, the general public seems to be catching on to something us anime nerds have known for a long time: there are people with surnames other than Miyazaki using the medium to create some pretty amazing stuff. But this hard-earned recognition might be quickly forgotten with the appearance of a new Miyazaki film.

And, points out my animator acquaintance, Miyazaki coming out of retirement might also have a more direct impact on these (relatively) young creators. The animator talent pool – especially folks who can meet Miyazaki’s exacting standards – is surprisingly limited. And if the director, like Sly Stallone in The Expendables, calls in his old buddies for one more mission, the pool of talent other studios may have been counting on disappears into Ghibli’s walls for the next three-odd years.

The studio in the most danger here, surmises the animator, is Ponoc. Founded by Ghibli alum Yoshiaki Nishimura when the elder studio went into hibernation in 2014, Ponoc is about to release the very Ghibli-looking Mary and the Witch’s Flower, directed by another Ghibli alum, Hiromasa Yonebayashi. Though a complete list of animators on the film has not been revealed, there’s little doubt many former Ghiblies were on staff.

That film, it appears, is largely finished. But one film does not a studio make. If those folks jump back to Ghibli to work on Miyazaki’s new project, who does Ponoc get to animate their next one?

As a fan of almost every film Hayao Miyazaki is made, I’d be happy if he kept pumping out new masterpieces for the rest of his life. But as other talented creators emerge from Ghibli’s long shadow and find an audience with the general public, and employ the animators Ghibli has fostered to enhance their own creative visions, we shall see whether the return of Hayao helps or hurts anime’s newfound forward momentum.

Matt Schley is OUSA’s man in Japan. To sound cool, he usually says his favorite Miyazaki film is Porco Rosso, but it’s actually Ponyo. Our secret.