One Piece Anime Prepares to Move into Original Arc 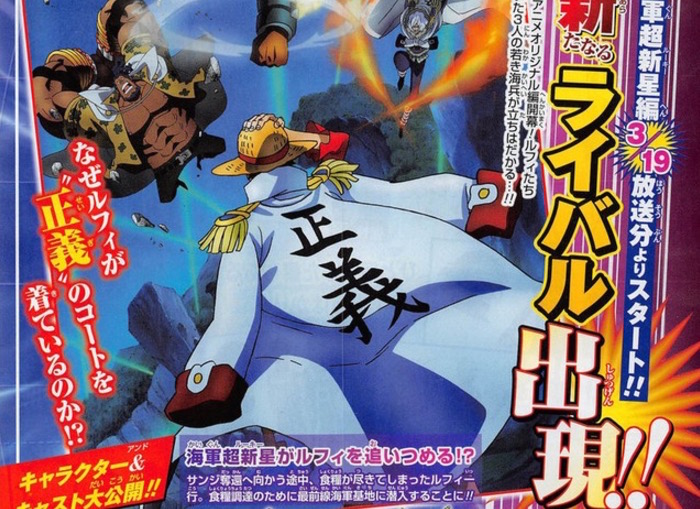 Zou is about to be in the rearview mirror for Luffy and the Straw Hats, so it’s time for the One Piece anime to move to a new arc. The next one will be the anime-original Marine Supernova arc, which has Luffy and co. infiltrating a Marine base to stock up on supplies. It’s not going to be so easy, though, as they end up facing off with three of Aokiji’s rookie marines.

The Marine Supernova arc officially kicks off on March 19. Here’s a new visual: 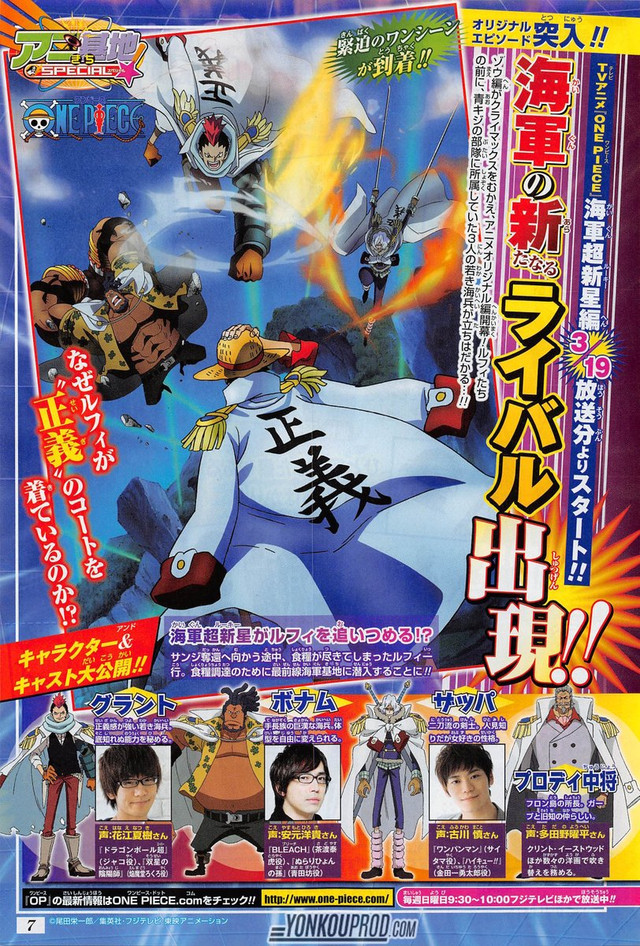