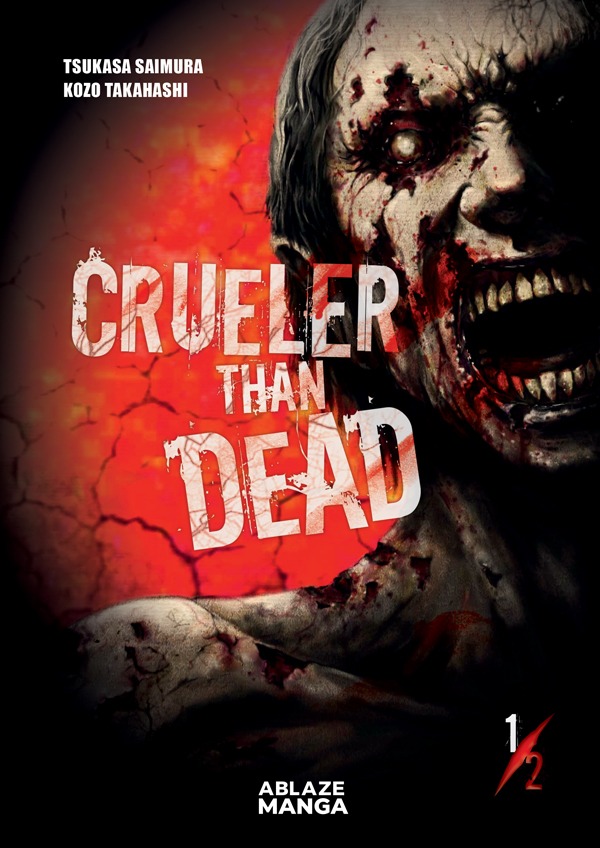 Crueler than Dead is a good early Halloween read. It’s a zombie apocalypse story that opens with a woman waking up in a chaotic, cluttered room. She’s bloody and her hair is a mess. She doesn’t know what’s going on, and the reader is immediately pulled into her frantic confusion.

She comes across a kid, and a soldier on the edge of death who has parts of his body blown clear off. The soldier explains to her that no one knows how the zombie apocalypse started, or the location it began. He then startles the woman by informing her that until yesterday, she was also a zombie. She was one of several zombies who were given a vaccine, and it actually worked on her. It worked on the kid, too, but not on the other zombies.

Before dying, the soldier tells her she has to get to the Tokyo Dome, which has become a refugee center. She has to help battle the zombies. As she goes out into the world, she finds it’s not only zombies she has to be worried about, as some of the remaining humans are dangerous as well. Some of the creepiest parts happen not around the zombies, but around men who think they can have a piece of her.

There’s not a lot of depth in the first volume, as it instead concentrates on horror and the fight for survival. Kozo Takahashi is a very talented artist, both at drawing realistically and at getting across the terror. There are many graphic images, like blood and gore and people’s innards. The black and white art effectively creates atmosphere, and with brutal detail Takahashi captures gruesome imagery and makes reading it a visceral experience. The manga is written by Tsukasa Saimura, and they work as a good team to make this manga stand out. The explicit nature of the violence means it’s not going to be everyone’s cup of tea, and it’s a very specific niche of horror. That said, the creators go for the jugular, so people who enjoy visceral horror and zombie stories will probably appreciate what’s offered here.

Versus Fighting Storycrueler than dead 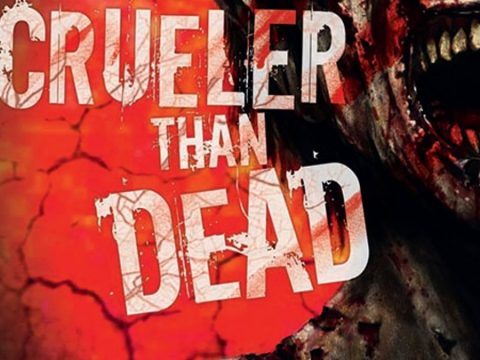