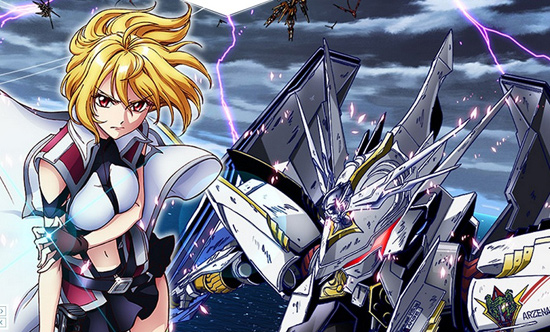 Regrets. We’ve all got a few, and that includes Cross Ange creative producer Mitsuo Fukuda, who took to Twitter the other day to apologize/rant about the new opening for the show, which debuted in episode 13.

Comprised largely of clips from the first 12 episodes, the opening isn’t what Fukuda wanted, as he made clear on Twitter, but that the schedule for the show is too tight to do much about it. Fukuda also mentioned he didn’t have any time off for New Year’s, the one time in the year most Japanese businessmen get the chance to take it easy. The anime industry, man. Harsh stuff.

Fukuda said he hoped to fix things up by episode 14, and that the home video version would, in true Cross Ange fashion, feature a lot more nudity than the TV version.

Catching Cross Ange? Find the new opening underwhelming? Personally, I’m rooting for Fukuda and the team to catch some zzzs.