That news comes from a brand-new trailer for the game showing off the gameplay and mechanics.

The first Bloodstained, itself an 8-bit-style spinoff of Bloodstained: Ritual of the Night, was released back in May 2018.

All three games are Castlevania/Metroidvania-style games spearheaded by Koji “IGA” Igarashi, best known for his work on games like Castlevania: Symphony of the Night.

More Castlevania-esque, 8-bit fun? What a great night to have a curse.

Battle with swords and whips in this retro-style action game brought to you by game creator Koji Igarashi and Inti Creates!

Play as Zangetsu, a demon slayer bearing a deep grudge, who must travel through perilous lands to defeat a powerful demon lurking in a dark castle. Zangetsu will meet fellow travelers along the way, who can join your journey as playable characters.

Switching to these characters with their unique abilities will unlock new paths through the treacherous stages. Your choices in recruiting these adventurers will change the difficulty of the game, and may even affect the ending! 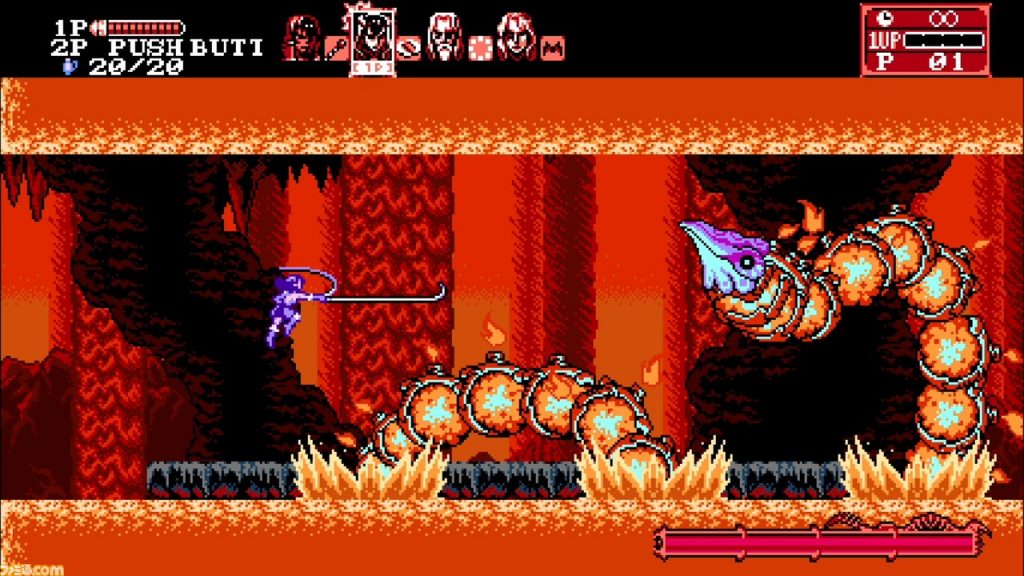