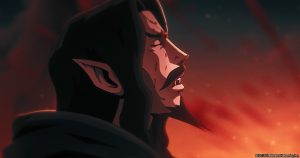 This week saw the arrival of Castlevania Seasons One and Two on Blu-ray, packing in a total of 12 episodes adapting Konami’s classic horror-soaked video game series. You can order a copy of your own today, and read on for more about one of the many ways the show expands on the mythology of the games, breathing a new life into its central antagonist’s cruel quest to end humanity once and for all. 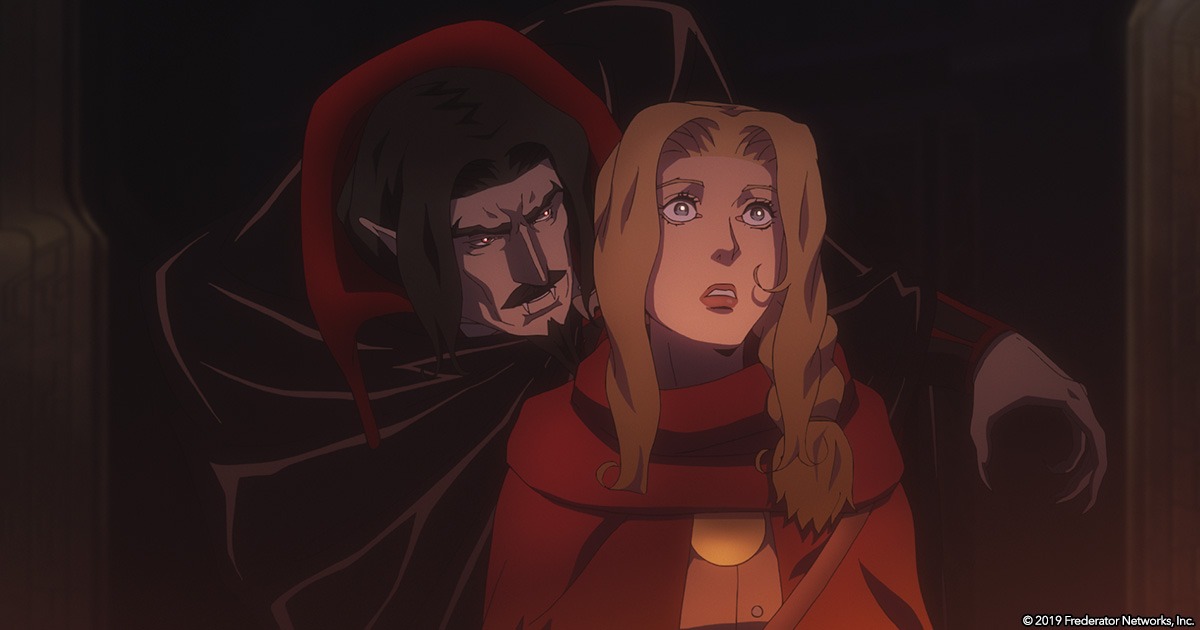 Castlevania immediately sets itself apart from its source material by showcasing Dracula’s emotional core and kicking off his tragic story arc right from the beginning. When a young doctor named Lisa approaches his castle, Vlad Dracula Tepes agrees to take her in and teach her the ways of medicine, and the two eventually fall in love with one another. This romance ends abruptly two decades later, when Lisa’s advanced medical and scientific knowledge leads to her being accused of witchcraft and burned at the stake.

Despite being advised to go after the man responsible, Dracula insists that all of humanity must pay for this senseless cruelty, and gives the people of Wallachia one year to make their peace before he destroys them all. Thus begins the spark that lights the flame of a full-on war against humans, with Dracula taking his time to assemble his war council and carefully plot the destruction of the entire race. 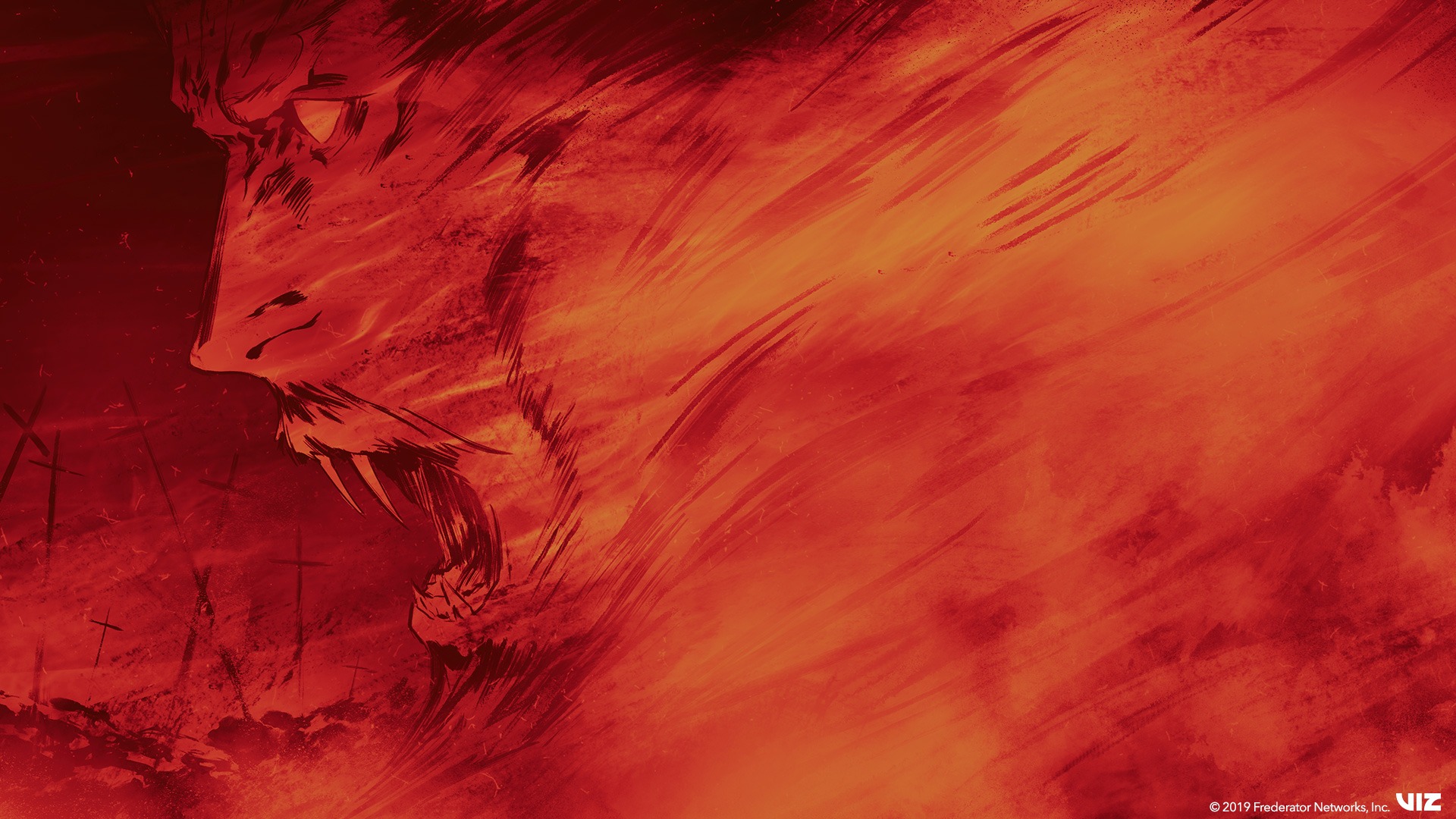 It would have been easy to introduce Dracula as little more than a two-dimensional Big Bad in Castlevania, but the team behind the animated series instead opted to take the time to develop a fully-formed character fueled by understandable vitriol. Does this completely justify his plan to eradicate humanity? Of course not, but it brings to light a unique type of cruelty for which humans are all too capable. That Dracula takes this and spins it into a full-on declaration of war is something that gives our heroes good reason to take him down, but it doesn’t come without its own drive for empathy from the audience. 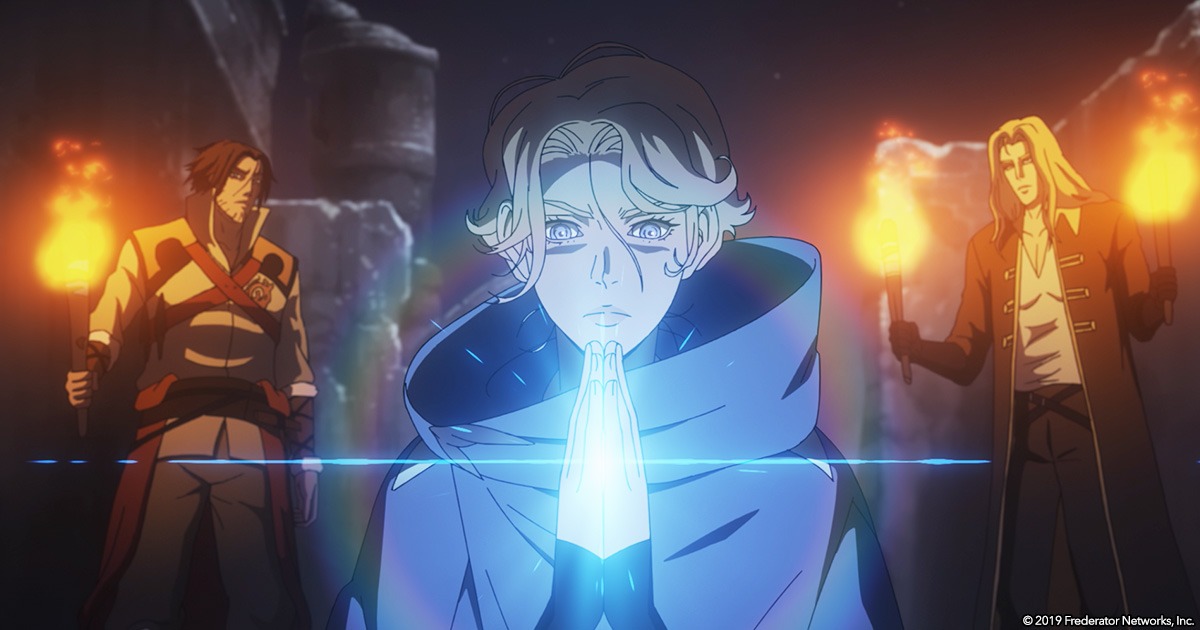 What happens next is something you’ll definitely want to watch and revisit time and time again. The work of Frederator Studios, Powerhouse Animation, and everyone else involved in bringing Castlevania to life as an animated series is truly impressive, from the fiery opening to the battle that unfold as Trevor Belmont, Alucard, and Sypha Belnades unite and venture forth to put a stop to Dracula’s ambitions. Pick up your copy of Castlevania Seasons One and Two on Blu-ray today for the perfect binge as we approach Halloween!

New to Super Robot Wars? Get Ready to Meet These Classic Mecha
Dragon Quest Composer Koichi Sugiyama Has Passed Away