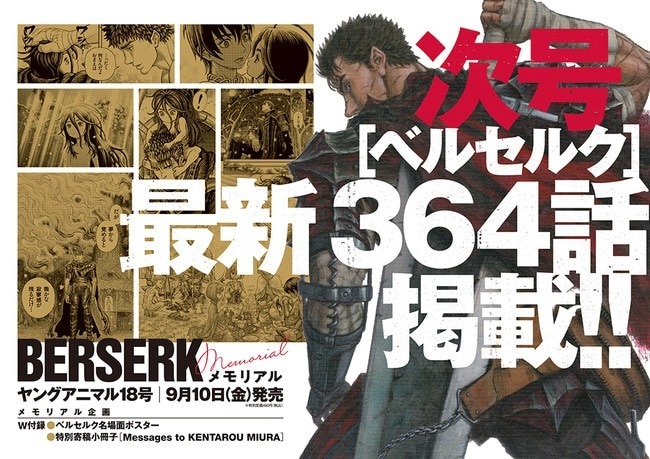 It’s hard to believe that Berserk author Kentaro Miura passed away back in May, as it still seems like just yesterday that we first heard the news. His incredible work lives on, as does the inspiration it has sown across the world, and now a new chapter is on the way to Young Animal magazine as part of a memorial tribute to the late author.

This year’s 18th issue will feature chapter 364 along with a special color poster when it hits shelves in Japan on September 10. The included memorial booklet, titled Messages to KENTARO MIURA, will have messages from the author’s closest friends and colleagues on display. Among the featured participants are Akkiu, Nico Nicholson, Shizuya Wazarai, Ena Moriyama, Kouji Mori, Tamami Momose, Katsu Aki, Chica Umino, Satoru Akahori, and more.

You can see a tease of the special memorial tribute in the image above. As for what will happen with the manga after this, nothing further has been announced at the time of this writing.

“Miura-sensei was a master artist and storyteller and we had the great privilege of publishing several of his finest works, including his masterpiece, Berserk. He will be greatly missed. Our condolences go out to his family and loved ones.” 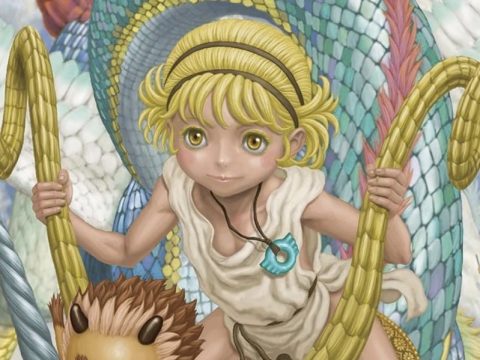