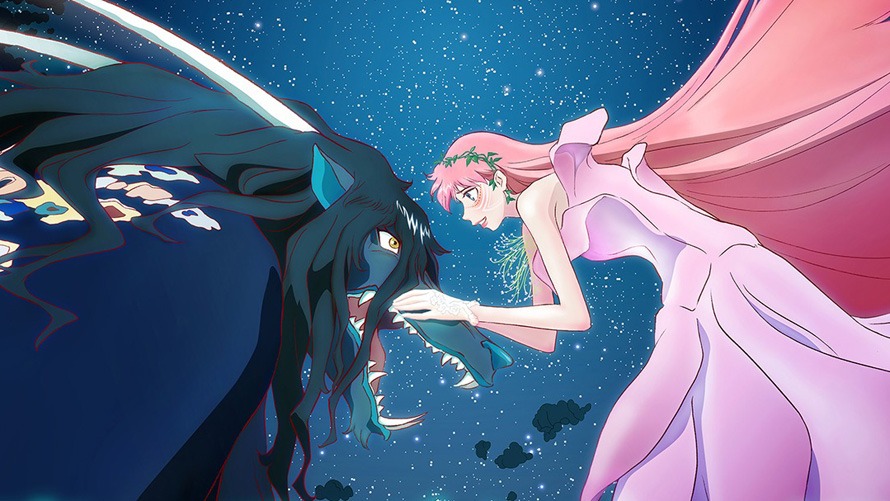 Mamoru Hosoda’s anime movie BELLE is said to take place in Ochi, a small Japanese town in the Kochi Prefecture. Because of this connection, a monument of the Dragon has been placed in a local museum called the Yokogurayama Natural Forest Museum.

The monument is more than 2 meters tall, or about six and a half feet. It was created by Kaiyodo Co., a major figurine manufacturer. It cost 8.4 million yen (about $62,100) to get the monument made and placed. Unlike some otaku landmarks that are only there for a limited time, this is here to stay. 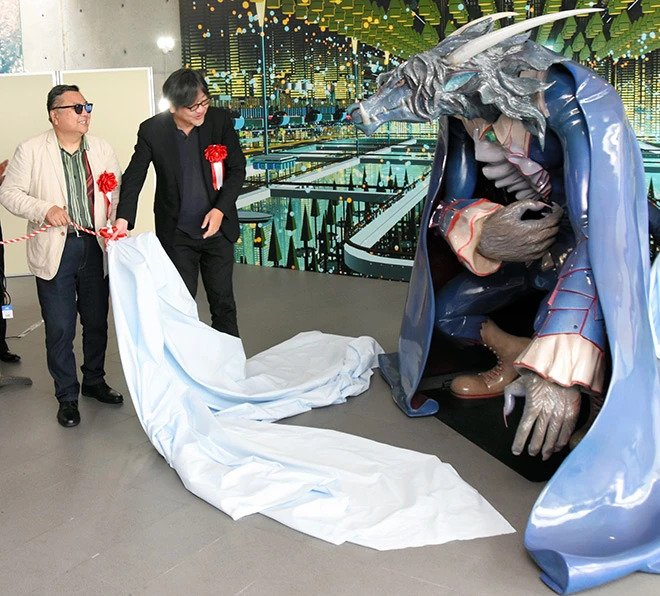 No doubt the monument is meant to be a boost for getting tourists. As it is, more than 13,000 people traveled to the local bridge in the four months after BELLE was released in Japan.

“We hope that people who visit the town after watching the movie think that Ochi’s nature is important and that their experiences serve as a catalyst to pass it down to future generations,” remarked Yasuyuki Koda, the mayor of Ochi.

There was an unveiling ceremony for the monument, and of course Hosoda himself was there. “When I visited Ochi three years ago, I felt like I stumbled across the place for my movie,” he declared.

GKIDS has licensed BELLE, and gave this description for the movie:

“From the celebrated Academy Award®-nominated director Mamoru Hosoda and Studio Chizu, creators of Mirai, Wolf Children, Summer Wars, and more, comes a fantastical, heartfelt story of growing up in the age of social media.

Suzu is a shy, everyday high school student living in a rural village. For years, she has only been a shadow of herself. But when she enters ‘U’, a massive virtual world, she escapes into her online persona as Belle, a gorgeous and globally-beloved singer. One day, her concert is interrupted by a monstrous creature chased by vigilantes. As their hunt escalates, Suzu embarks on an emotional and epic quest to uncover the identity of this mysterious ‘beast’ and to discover her true self in a world where you can be anyone.”