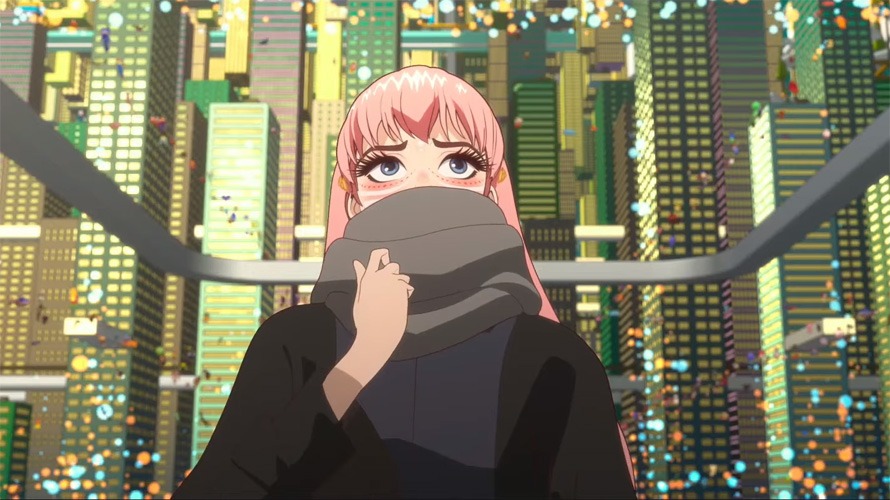 CG animator Austin Hardwicke was impressed by BELLE’s 3D model for the avatar of the main character and shared it on Twitter.

Seeing the response to this go viral, animation studio Orange decided to share their own imagery and insight.

Automorph seems to be trending discussion in animation, here is automorph sample applied in BEASTARS. pic.twitter.com/WlGZwzYmGT

“Rabbits are the only characters with automorph in BEASTARS since other characters such as wolf and deer have muzzles that contains deeper three dimensional information.

By maintaining continuity in character’s appearance here, we maintain naturalness of the character. Changing frequently appearing character’s 3D model for every shot creates too much effort for the animators, a tools such as this is developed to automatically morph the model.”

Hardwicke’s original tweet also got an interview with BELLE’s CG animators trending. This interview was originally published last summer. In it, character modeler Chiaki Watanabe commented, “There are frontal face and side profile face designs. It was tricky to put these designs together into a three-dimensional shape and we had a hard time with that. When you add as much stereoscopic effect to the frontal face as you would to the side profile face you get too much shadow, and if you have as much of the white of the eye showing in the mid-profile face as you would in side profile face, it does not look as pretty. In the end, we prepared frontal, mid-profile and side profile face models. They were then reflected into the face rig. With regards to looks, we paid attention to detailed adjustments, such as the include/exclude line option, to make sure that the impression of illustrations does not get lost when setting. We used V-Ray Toon to draw lines.”