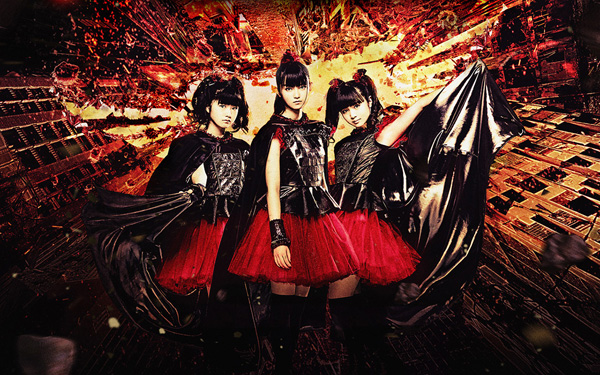 Whether you think Babymetal are sacrilegious heavy metal pretenders or an fresh take on the genre, there’s no denying they’ve hit it big with their fusion of J-pop idol and metal theatrics.

Now Babymetal is getting a short series that combines animation with live-action and tells the story of how band formed, Warner Bros. has announced.

The press release for the series describes the plot:

The action-adventure will take viewers inside the magical world of heavy metal music as it comes under attack, and one lonely god, Kitsune, forms the warrior band BABYMETAL to save the day. In the series, SU-METAL, YUIMETAL and MOAMETAL join together to ultimately redefine the genre. The series will also feature new live-action performances from the group, who will enter the animated world through a secret portal.

Looking forward to seeing Babymetal rock out in animated form.