High School Fleet OVA To Focus on Characters, Not Battles 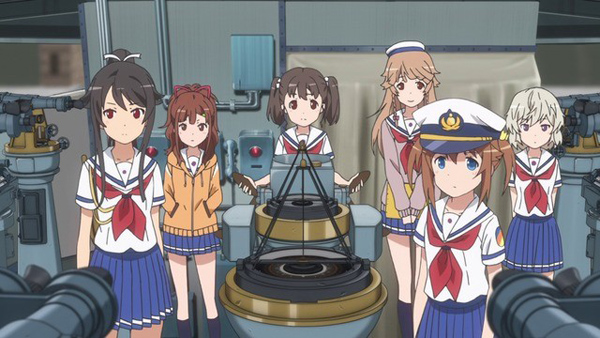 Fans of last spring’s High School Fleet (also known as Haifuri) have a bit more high school fleeting to look forward to with a recently-announced direct-to-video project due out next year.

At a recent Haifuri event, a few more details about just what the OVA is all about were revealed. Dive in and find out what!

The 12-episode High School Fleet series, which aired from April to June, took place in an alternate-universe Japan where much of the country is underwater and maritime jobs have become prestigious and coveted, especially among women. The series stars childfood friends Akeno Misaki and Moeka China, who enroll in a marine high school in Yokosuka. The series was written by Reiko Yoshida (A Silent Voice).

Haifuri fans, how does this news make you feel about next year’s OVA?