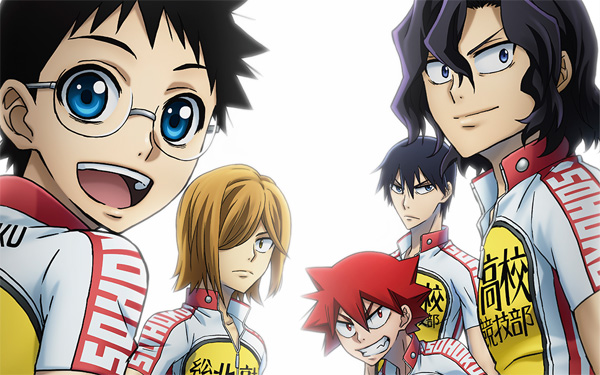 Sure, the Yowamushi Pedal spinoff film Spare Bike was released this month, but we know what all true Yowapeda fans are really looking forward to is the third season of the series, which premieres in January.

While waiting, how about a new trailer for the series to get your heart rate up?

The third season of the cycling series, which is titled Yowamushi Pedal: New Generation, centers around (despite the title) the original boys of Sohoku High School, including main character Sakamichi Onoda.

Most of the cast and crew are the same as in seasons 1 and 2 of the series, with screenwriter Kurasumi Sunayama getting a promotion to series composition and Yukiko Ban, who did the character designs for the 2015 film, taking over from Takahiko Yoshida.

The pedaling begins anew this January.