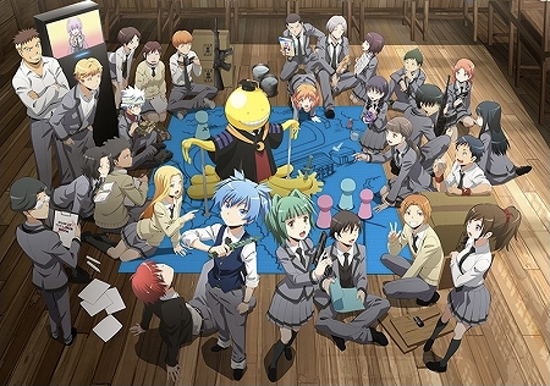 Assassination Classroom, the anime about an alien teacher who wants to destroy the earth and the students whose job it is to stop him, will be getting a second season, reports Anime Anime.

The new season of Assassination Classroom is set to begin airing in January 2016, exactly a year after the first series.

Season two will feature “a new story between Koro-sensei and his students.”

Alongside the announcement, the first visual from season two was also released, featuring Koro-sensei surrounded by pupils and teachers.

Here’s looking forward to the further adventures of Class 3-E.

View all posts by Matt Schley
God Eater Episodes 10-13 Will Air This Winter
Free! Yourself from Glasses with these Free! Contact Lenses