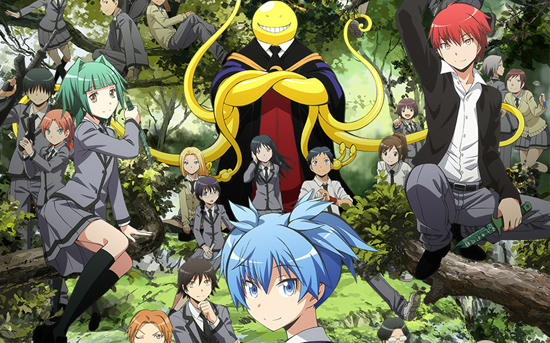 Those looking forward to next month’s debut of the new season of Assassination Classroom can now get an idea of how the show will look and sound, courtesy a new preview video out now.

The video contains samples of both the second season’s opening and ending themes, as well as a look at the cast.

The opening theme in question is called “Question,” and is performed by five of the show’s voice actors in character, while the ending theme is “Kaketa Tsuki,” performed by pop singer Shion Miyawaki.

Season two will continue to follow the trials and tribulations of class 3-E as they attempt to assassinate their dangerous yet lovable extra-terrestrial teacher. It premieres January 7.

Like the original, the film stars pop group Hey! Say! JUMP member Ryosuke Yamada and is directed by Eiichiro Hasumi.