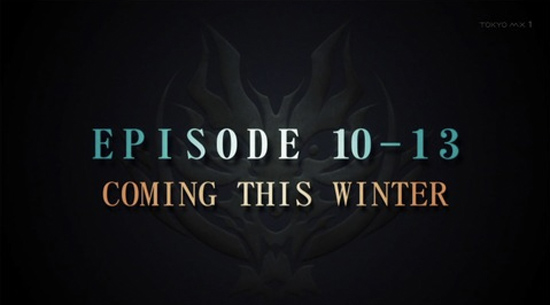 The airing of God Eater, the Ufotable-animated series based on a series of video games, didn’t exactly go off without a hitch, with multiple delays that resulted in the series ending after only 9 of 13 scheduled episodes.

But God Eater fans, don’t despair: it was announced Sunday that the final four episodes of the series are indeed in the pipeline, and will air this winter.

The names of the final episodes were also announced:

God Eater faced many production delays during its run, including the first episode being delayed by a week. A total of four episodes were delayed, with “Extra” episodes airing in their place.