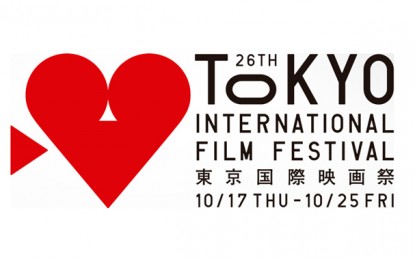 The Tokyo International Film Festival, or TIFF for short, is pretty much what it sounds like – a yearly festival here in Japan’s capital showcasing new films from Japan and abroad.

But one type of film has been conspicuously absent from TIFF’s lineup for the past few years: yes, our beloved Japanese animation.

While the last few years have seen the release of plenty of festival-worthy films, they’ve generally premiered abroad. A Letter to Momo, for example, debuted at the Toronto International Film Festival (the other TIFF) and The Wind Rises played in competition at Venice.

Well, the Tokyo Film Fest is finally getting some anime love with a trio of new films. Yatta!

First up, we’ve got Bayonetta: Bloody Fate, the recently announced film based on the popular series of video games. Bayonetta, the story of a kickass, well-endowed witch, will be animated by Gonzo and directed by Fuminori Kizaki, who also directed Afro Samurai and X-Men. He’s clearly one of today’s go-to guys for internationally-aimed stuff, so I’d expect Bayonetta to hit the States before too long.

Next, the film I’m most looking forward to, Patema Inverted. A film set in an underground totalitarian state, Patema is an original concept written and directed by Yasuhiro Yoshiura, the youngun (33 years old!) behind Time of Eve. A straight-to-internet four-part prequel called Beginning of the Day was released last year for anyone wanting to whet their appetites for the feature version.

Rounding out the trio is the succinctly-titled DOKIDOKI! PRETTY CURE THE MOVIE Memories for the Future. I think we can safely say that if you’re a fan of Pretty Cure, you’ll like this. Personally, I’m scratching my head trying to figure out what this is doing at a film festival, but hey, anime!

Like last year, we’ll be reporting from TIFF, so expect reviews of these films soon! The first two, anyway. Don’t make me watch Pretty Cure. Please?