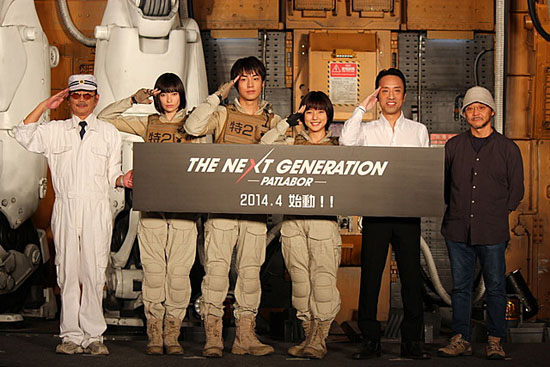 To know Patlabor is to love Patlabor. It was never a huge hit over here in the States, but the fans the real robot / police procedural show does have are pretty passionate about it.

Patlabor, which began life as an original video series that spawned a TV show, movies and comics, is the story of Tokyo’s Special Vehicles Section 2, a scrappy group of police officers who happen to pilot giant robots called Labors.

The franchise, created by Mamoru Oshii (Ghost in the Shell, etc.) and a group of writers collectively known as Headgear, has lain dormant since 2002. So Patlabor fans were shocked and awed a few months ago when the powers that be let slip news of a new live action Patlabor project. Now we’ve got some more details about that project. 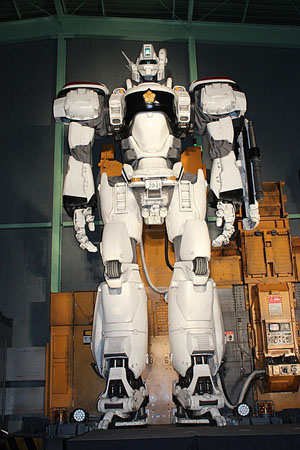 Taking a queue from Star Trek (or, perhaps, Degrassi?), the live action Patlabor will be entitled The Next Generation Patlabor and be a sequel, not a reboot, of the series. The cast will be made up of all new characters, with the exception of cantankerous Labor maintenance chief Shiba, who will be played by his original anime voice actor, Shigeru Chiba. How cool is that?

Perhaps the most interesting about the project is the format it’ll take: TNG Patlabor will start as a seven-part, 12-episode series, with each episode running about 50 minutes. This series will then be followed by a full-length feature film in 2015.

Live action adaptations of anime and pretty hit or miss, but this project has the makings of something special, especially considering the heavy involvement of the original creators, including Oshii and composer Kenji Kawai.

And, c’mon, they built a full-scale Labor, for cryin’ out loud. It’s gotta be good!

UPDATE 6/19/14: We have since published full reviews of The Next Generation: Patlabor Episode 1 as well as Episodes 2 and 3.