Anime “Gets Real” in BTOOM! 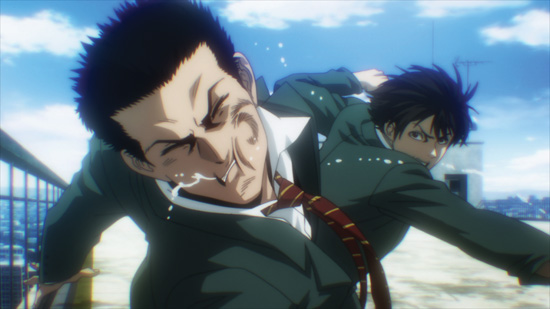 Ryota Sakamoto is 22, the 10th best in his field, and happily married to a talented and beautiful woman. Ryota Sakamoto is also jobless, plays video games all day, gets in fights with his mom about getting a job, and has nothing in terms of a love life.

Why the contradiction? Well, Ryota loves to play an online game called BTOOOM!, which has sold more than three million copies, and he’s so good that he’s the 10th best player in the world, not to mention the very best player in Japan. He even married a woman in the game. In his virtual game world, he’s an all star. 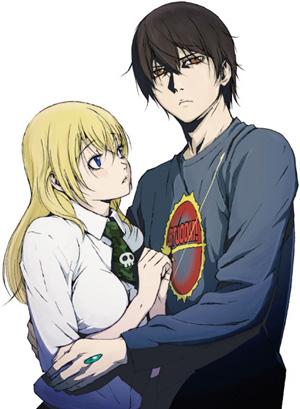 In real life, on the other hand, he’s not bringing in any money and he gets unfairly angry at his worn-looking mother when she insists he get a job. He wants to get a job in gaming and is unwilling to take anything else, even if it’s just a temporary gig until he gets his dream job. Ryota might have bishonen good looks, but in the early episodes he’s established as a loser with a capital L.

Video games are controversial for various reasons, with some people complaining that they’re too violent, or that they keep people from having a real life, etc. This anime takes those accusations and fears and sculpts a story with them. It shows Ryota as the epitome of the obsessed gamer who loves games so much it becomes something like an addiction and gets in the way of his other activities. It also shows that there is, indeed, a difference between made-up violence, like that in a video game, and real violence.

Ryota is happy playing pretend violence. BTOOOM! is all about bombs and bombing people, but the worst thing the game does is keep him from having a social life outside of virtual reality. However, Ryota then wakes up out of nowhere, with some of his memory missing, and finds himself in a lush tropical jungle. There’s a chip embedded in his hand, yet it doesn’t hurt. His head is bleeding. From what? Running out of the forest only takes him to the beach, and it soon becomes clear that he’s on an island. Someone has been “kind” enough to pack him some supplies—including bombs. BTOOOM! just got real. 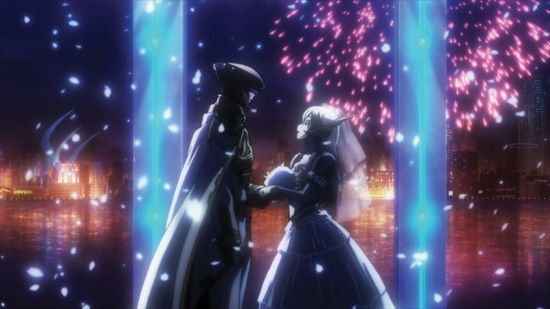 A man Ryota doesn’t know shows up, but instead of working together to get off the island, the man tries to kill Ryota. Ryota kills the other man in self-defense and struggles to live with himself afterward.

Plenty of fans might wish their favorite, say, anime or game were real, and this series plays with that premise, only it does it with the “be careful what you wish for” theme. BTOOOM! was Ryota’s whole world and now it’s taken his world from him. He and others have been dropped off on this uninhabited island, and the only way off is for the person to win the game. Remember the chip in Ryota’s hand? All the gamers have the same chips, and they can’t be removed unless a person dies. A person has to get seven chips, plus their own to be allowed off the island. Everyone has been given a set of bombs, but everyone’s bombs are different (for instance, some have timers, and some detonate on impact). Everyone has to learn to use their own weapons without explanation. 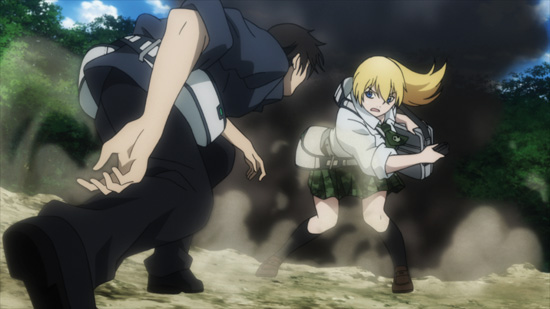 Before long, Ryota finds his “wife” Himiko, but he doesn’t recognize her because he doesn’t know what she really looks like. She started out with a group of men on the island, and some attempts were made for them to be civil and stick together as protection during this deadly game. But then one man slit another man’s throat, and Himiko had to use one of her bombs to stop another man from sexually assaulting her. When she first catches sight of Ryota on the island, she isn’t happy to see her “husband”—after her experiences, she fears the worst and flees.

When they meet up again, she’s still expecting to be violated and makes an attempt to kill Ryota. He manages to survive and has to convince her that he really means no harm, though she has every reason to believe otherwise. She also tells him something awful that he’s not sure he can believe. She tells him how they were chosen to come to this island. 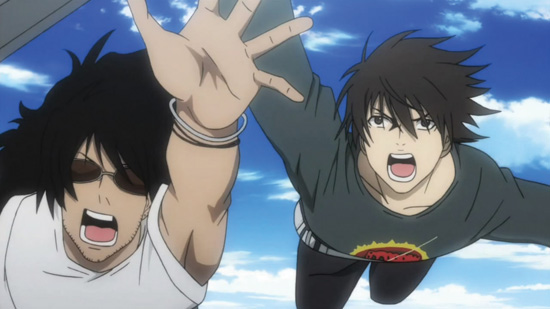 As the series progresses, we get to know more of the characters who are trapped on the island. And they’re not all people like Ryota and Himiko, who don’t want to harm anyone but may have to in self-defense. Some of the characters here want to kill, enjoy killing. We get to learn characters’ back stories, and these can be just as traumatic as the stuff going on at the island. Horrific child abuse? Serial murder? Necrophilia? It goes to all these places and more. While the back stories can be awful to watch, they give more complexity to the series. 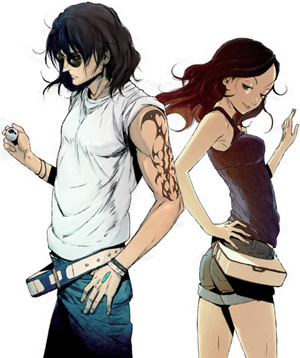 Now it’s probably time to state the obvious: BTOOOM! is not for the faint of heart. It’s gut-level creepy, and it’s not for anyone easily offended, easily hurt, or easily squeamish. This anime goes for the jugular. It’s intense, brutal, and violent, but, wow, it tells a helluva survival story. There is the physical intensity of fighting, assaulting, and killing, but there is also the psychological intensity of knowing it’s kill or be killed, of not knowing who you can trust. The anime weaves these two uncomfortable things together with a quickly moving story sure to have you on the edge of your seat. And while the premise of BTOOOM! might make it sound more like an adventure anime, it often felt more like a horror title … a really disturbing one that pushes the envelope. Did I find parts of BTOOOM! viscerally upsetting? Definitely. Did they mean to do that on purpose? Oh, for sure. This anime doesn’t condone the actions going on in its story, but it goes for your darkest fears and put them before you. Even the way the animation is handled—the colors, the shading, the looks on characters’ faces—it’s done to get a rise out of the audience.

BTOOOM! runs for only 12 episodes, but this short series sure packs a punch. This is not an anime that can be recommended for just anyone, but if it’s your type—if you want to see the envelope pushed and watch a heart-pounding riot of violence, terror, and psychological suspense—well, you know exactly where to go now.