A cool video popped up on YouTube the other day. It’s a chart that cycles through the years 2001 to 2019, showing the box office gross of anime films in Japan as time goes by.

The chart is largely in Japanese, but thanks to illustrated icons to the side of each film, anyone can follow along.

A few things become clear when watching this video play through: one, that Ghibli was truly a powerhouse during these two decades, releasing hit after hit after hit. Just keep an eye on Spirited Away at the beginning of the video: released in 2001, it kept playing (and racking up yen) through the entirety of 2002! Spirited Away remains the highest-grossing animated film of all time in Japan.

The other constant throughout is Japan’s reliable power franchises: One Piece, Naruto, Pokemon, Detective Conan and the like. There’s basically almost always a film from these franchises somewhere on the chart.

Finally, around when Hayao Miyazaki retired (for a time, anyway) and Ghibli stopped making movies, we see some new players enter the scene, like Mamoru Hosoda (Boy and the Beast) and Makoto Shinkai (Your Name). Look at Your Name fly to the top and stay there throughout 2016 and 2017. The video ends with Weathering With You on top, showing Shinkai as a new force to be reckoned with.

What will the 2020s end up looking like for the anime box office? Only time (and cool charts) will tell. 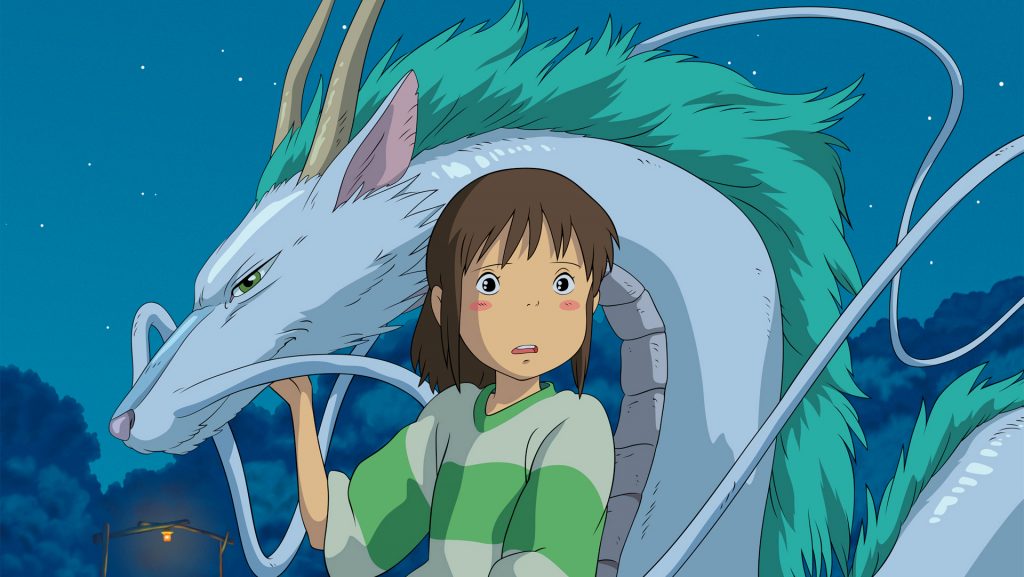