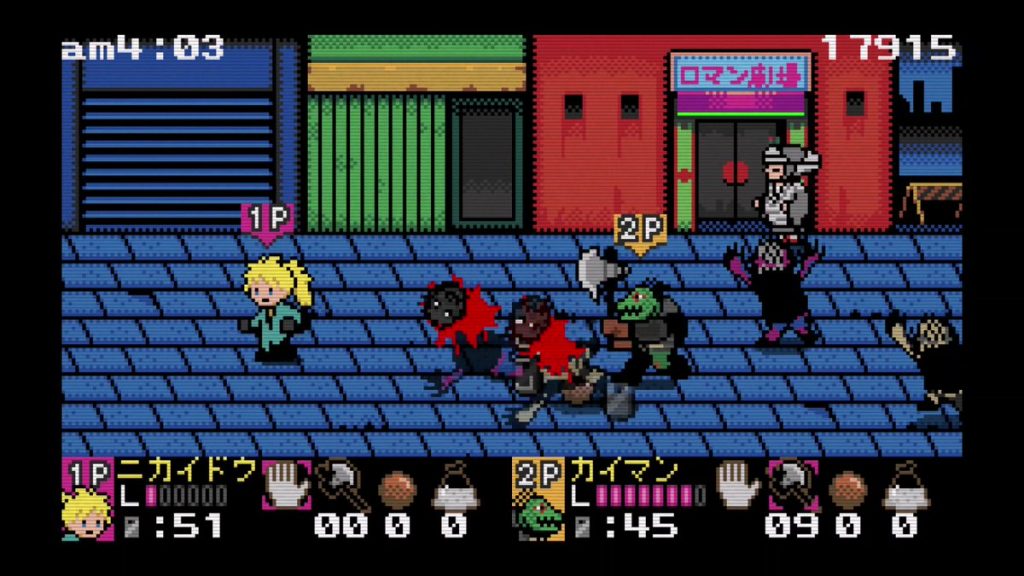 Dorohedoro, the new anime based on the manga by Q Hayashida, has been airing for a few weeks now (anyone checked it out yet?). To keep the hype for the series going, the official Twitter account for the series has announced a free Dorohedoro video game.

Called Dorohedoro 8-Bit Game Living Dead Day Survivor, it is, as the title suggests, an 8-bit game like those of olde. Playing as one of the series’ two main heroes, Caiman and Nikaido, the side-scroller involves you defeating zombies one after another. If you can make it to 6:30AM on the game clock in one piece, you win. Like those old 8-bit side-scrollers, you can team up with a friend for some co-op action.

The official Twitter account has even announced prizes for high-scorers, though it’s not clear if those items will be available for those from outside Japan.

The game is available now until February 1. Give it a try here.