Once it’s done with December’s Oscar-qualifying run in Los Angeles, Makoto Shinkai’s your name. anime film will make its full North American theatrical debut in 2017. The film will be released in both subtitled and dubbed versions, and Funimation is gearing up for its arrival with the reveal of the English dub cast.

Here’s a breakdown of the characters: 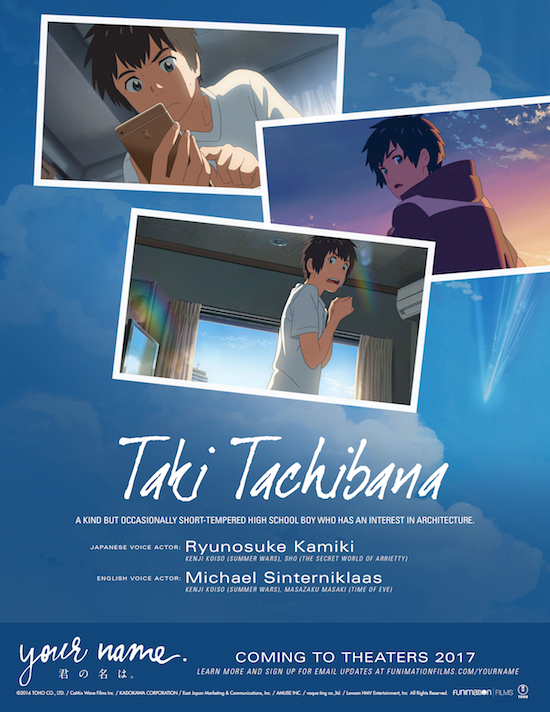 A kind but occasionally short-tempered high school boy who has an interest in architecture. 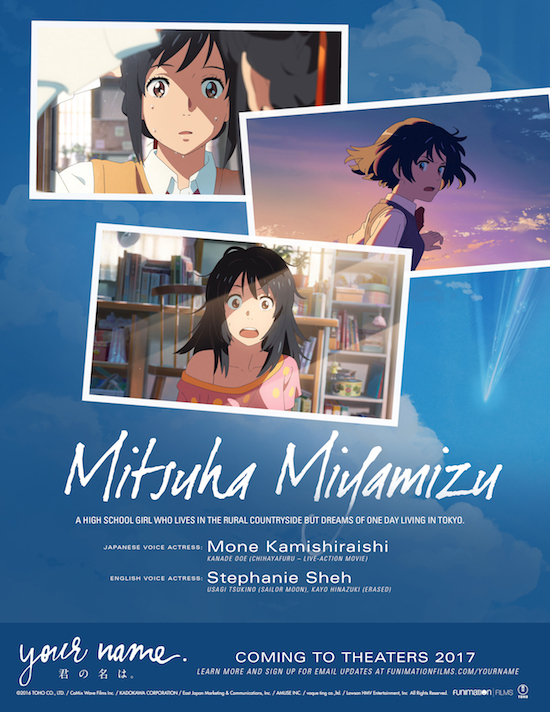 A high school girl who lives in the rural countryside but dreams of one day living in Tokyo. 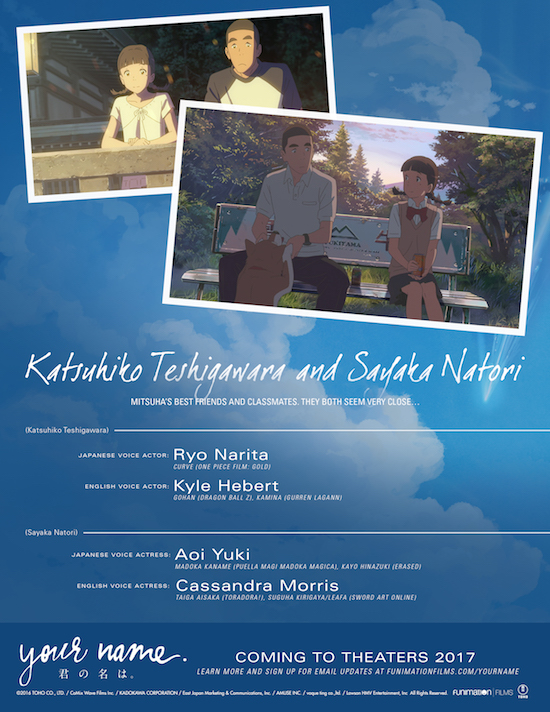 Mitsuha’s best friends and classmates. They both seem very close… 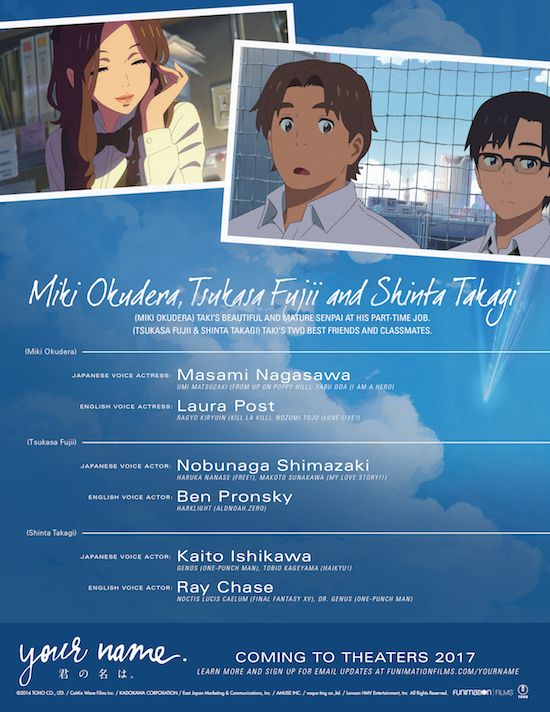 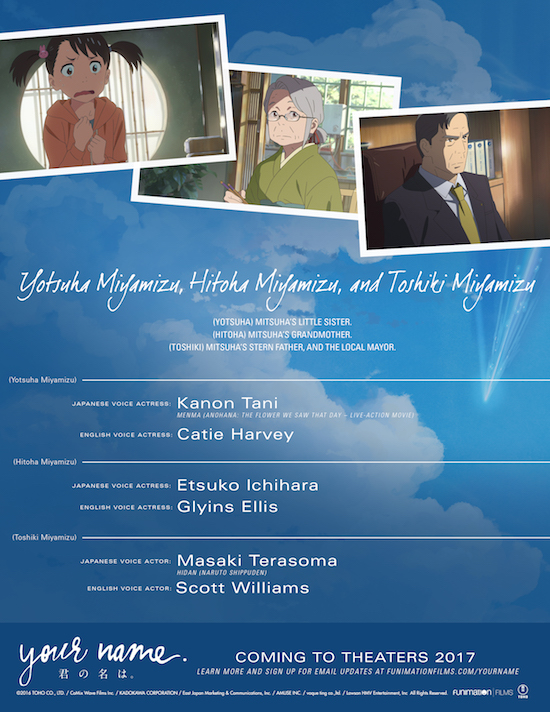 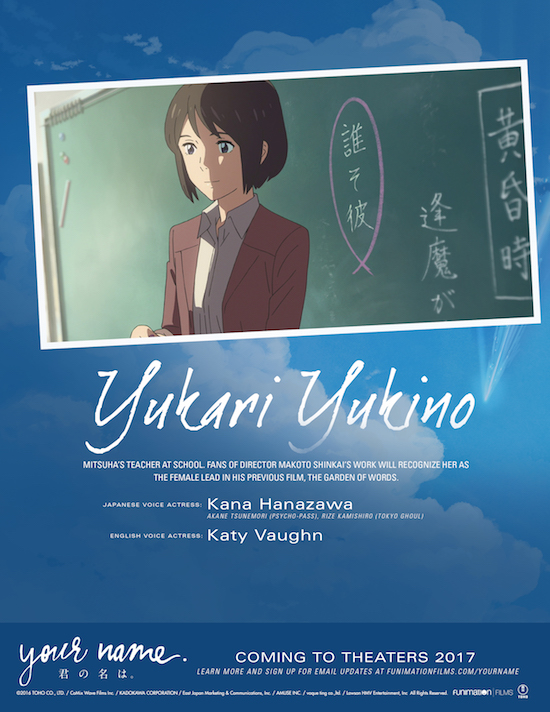 And here’s a dubbed trailer: