Narrating Your Life with Kyle Hebert

If you read Otaku USA, there’s a good chance Kyle Hebert narrated your childhood. In addition to narrating Dragon Ball Z, he’s the voice behind adult Gohan, Kiba in Naruto, Aizen in Bleach and countless other characters. Okay, so besides narrating your childhood, he’s probably narrating your adulthood, too. 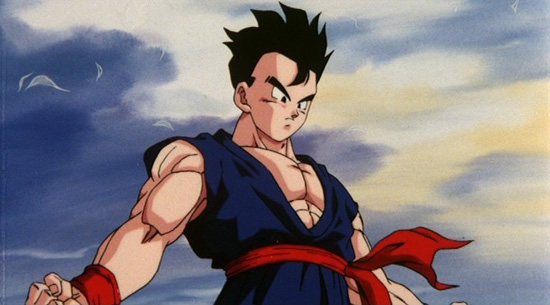 I caught up with Hebert at Youmacon in Detroit to get a scoop on what he’s been up to lately. The first bit of excitement we talked about was his being in Wreck-It Ralph.

“My connection to Street Fighter is what facilitated that,” he said.  “Disney called my agent. She said, ‘Disney wants you.’ I said, ‘Awesome! Tell them I’m there! I’ll do it for free!’ She said, ‘No, you won’t do it for free.’ So there was a little Ryu cameo in Wreck-It Ralph.”

In terms of anime, his main gigs right now are Tenkai Knights and Digimon Fusion.

“I voice Commander Beag on Tenkai Knights,” he said. “He’s silly and over-the-top and doesn’t quite understand the lingo the kids in the main cast use, so he nods and smiles, and says, ‘Okay, let’s just do this! Let’s defeat the bad guys!’ I kind of based my voice on an actor from an obscure, awful sci-fi ’50s movie called Plan 9 From Outer Space. There’s an alien character that’s, ‘Very rigid and everything is overdone!’ And I found an excuse to turn that into a performance, so that’s pretty sweet.”

Should I mention he tends to lapse into the characters’ voices while he talks about them? 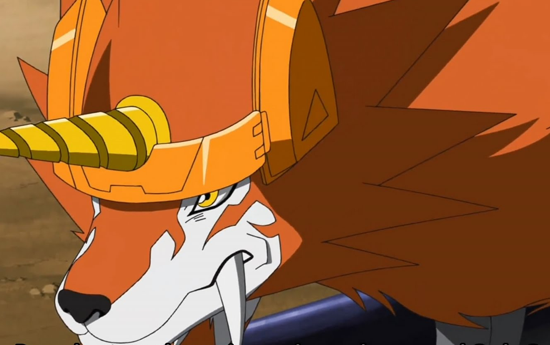 “In Digimon Fusion, I voice two recurring Digimon in the main cast,” Hebert continued. “There’s Dorulumon and Ballistamon. So many ‘mons. So I basically have a lion and a robot. My lion is a deep, dark, serious, lower register sort of guy. Doesn’t have much of a sense of humor. Ballistamon is a comedic, comic relief guy, and I sort of based him on a Phil Hartman, Troy McClure sort of thing.”

He’s got other excitement going on with his work with Kevin Smith. You know, Clerks, Comic Book Men, Silent Bob, that Kevin Smith?

“I started out as a fan of Kevin Smith watching Clerks and everything,” Hebert said. “He started a podcast called SModCo Internet Radio. It streams live 24/7. That started with a podcast he did called SmodCast, and that’s grown into a whole network of podcasts. He does one weekly called Hollywood Babble-On. They did a show and they started getting fans emailing produced intros for the segments, and I thought it would be kind of funny to do the intro for the show, as sort of the narrator for Dragon Ball Z, but there are F bombs and everything. They played it and Kevin Smith’s people emailed me and said, ‘Hey, Kevin really likes your voice. Would you like to be the promo voice, the sound of the network?’ It was, ‘Oh my god, yes!’” 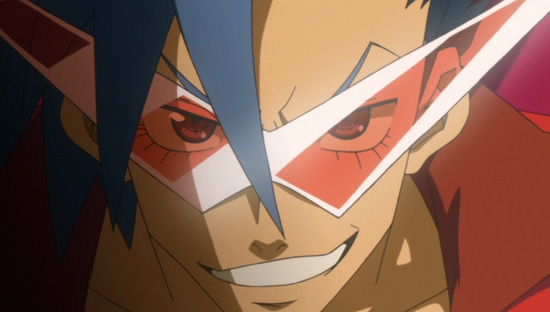 He continued, “So I get to write promos and voice them. His show Comic Book Men is really successful now, and Hollywood Babble-On might get picked up as well. They’re going to shoot a pilot soon, and I’m hoping to at least get my voice heard on it. I’ve met Kevin a handful of times and he’s super, super friendly. He says, ‘Hey, Kyle!’ and I get a big hug. I think, ‘This is great.’”

So Kyle loves Disney, Kevin Smith and anime, and he also loves anime conventions. When asked about the most common requests he gets at conventions, he said, “Ohh, yeah, autographs, voices, voice mails, video clips for friends who didn’t make it. The most common thing has been the narrator, because people say, ‘You narrated my life! Could you say something for my voice mail?’ So I’ll go, ‘Johnny’s not here right now. He’s training to be a Super Saiyan.’ Lately, because League of Legends is popular, people ask for a voice from those characters. I’m just honored and flattered. I love what I do for a living, and this is icing on the cake. I get to meet cool fans and I get to hang and meet other people in the industry as well. This is the greatest job in the world.”

While convention season’s slowing down now, that doesn’t mean he isn’t already ready for more cons. “I’m already booking shows for 2014,” he said.

Evangelion 3.0 to Screen in US and Canada in 2014
Soul Eater Not! Anime Adaptation Confirmed