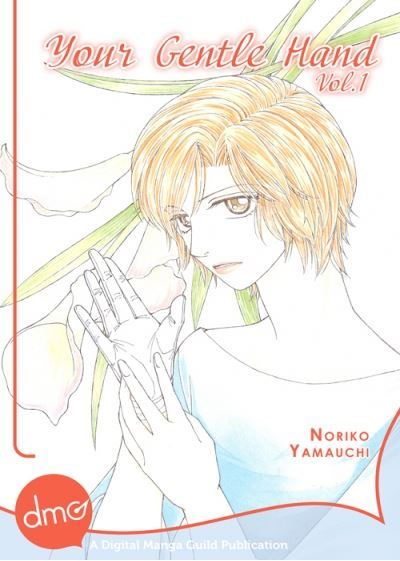 Mitsuki likes to wear one glove, just like Michael Jackson, but she’s not a celebrity and she’s not trying to make any sort of fashion statement. She wears one glove for protection. When she touches people with her bare right hand, she can read their thoughts, and she doesn’t always like what she listens in on. Case in point? She touched her last boyfriend and learned he was cheating on her. Ouch.

People comment on the one-glove thing, and she comes up with an excuse. We, the readers, are told she’s been cursed by a witch, but there’s not much explanation for this. In order for the story to move along, it’s not too long before Mitsuki’s bare hand comes into contact with the intern at her office. And she discovers that the intern is planning to kill a man!

Mitsuki decides she’s going to have to put a stop to this. She prevents the intern from killing her intended victim, and then the intern explains that her sister recently committed suicide and this man—the intended victim—had been the one to drive her sister to that point. But even this doesn’t fully explain things, and Mitsuki will have to dig deeper.

After this mystery is solved, another quickly raises its head. Mitsuki has an incident where something is spilled on her glove, and a man takes the glove off to try to help her. She sees his thoughts, and sees a dead body. Before too long, she thinks she knows who killed the woman in the man’s mind.

Your Gentle Hand kind of sounds like a romantic read, and there’s some romance in it. Without giving away some of the storyline, Mitsuki does bemoan the fact she doesn’t have a boyfriend and then she and another man start to get close. However, the story is mostly a mystery, with some supernatural elements and even a bit of horror thrown in. There are some moments where characters act in unrealistic ways, but this doesn’t happen to the extent that it gets in the way of the story. In this first volume there are two mysteries and an extra story at the end, and it’s a little shorter than the average manga. It’s never an intense book; instead, it’s a light, cozy mystery read. And it does leave off with you wanting to know more about this so-called curse. Your Gentle Hand is available as a digital-only read.