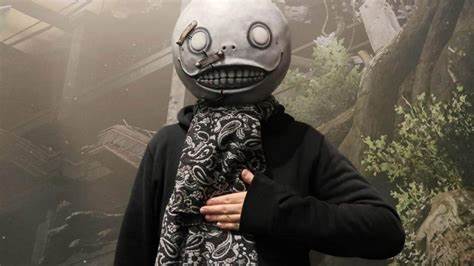 If you know anything about video games, you probably know about Yoko Taro. The game director and scenario writer not only creates some of the best modern games, he’s also an absolute mad lad. He may not show his face in public, but he definitely shows his personality at every given opportunity.

From rewriting games on the fly to flying in the face of gacha makers, here are some times he’s been weirdly on brand. Whatever that brand is. 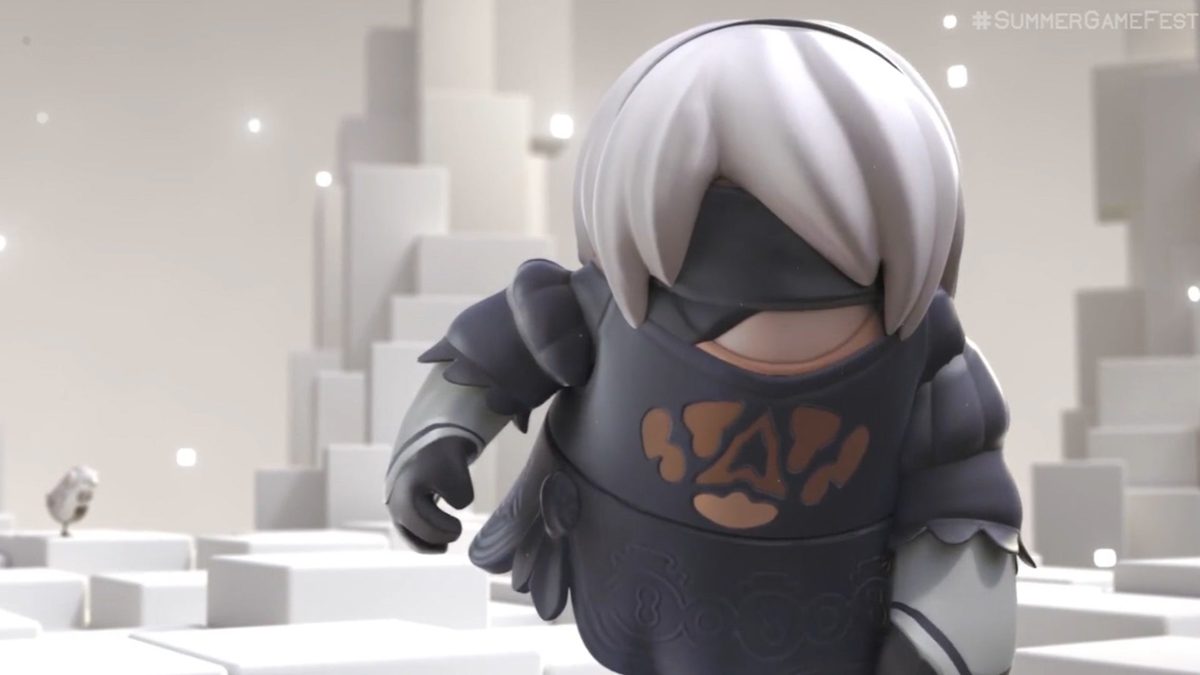 The collaboration was almost a year in the making, but Yoko Taro and producer Yosuke Saito got their wish. In August of last year, the pair celebrated designer Takahisa Taura’s birthday with a Fall Guys stream. Murder by Numbers creator Ed Fear kept Twitter updated on the friends’ antics, ending with the exciting news that they had expressed a desire to do a NieR/Fall Guys crossover.

The crossover happened for real last month, and players can now dress their jumping beans up as 2B. Hopefully someday we can see his other ideas, like Emil heads and machine lifeform skins, come to pass. 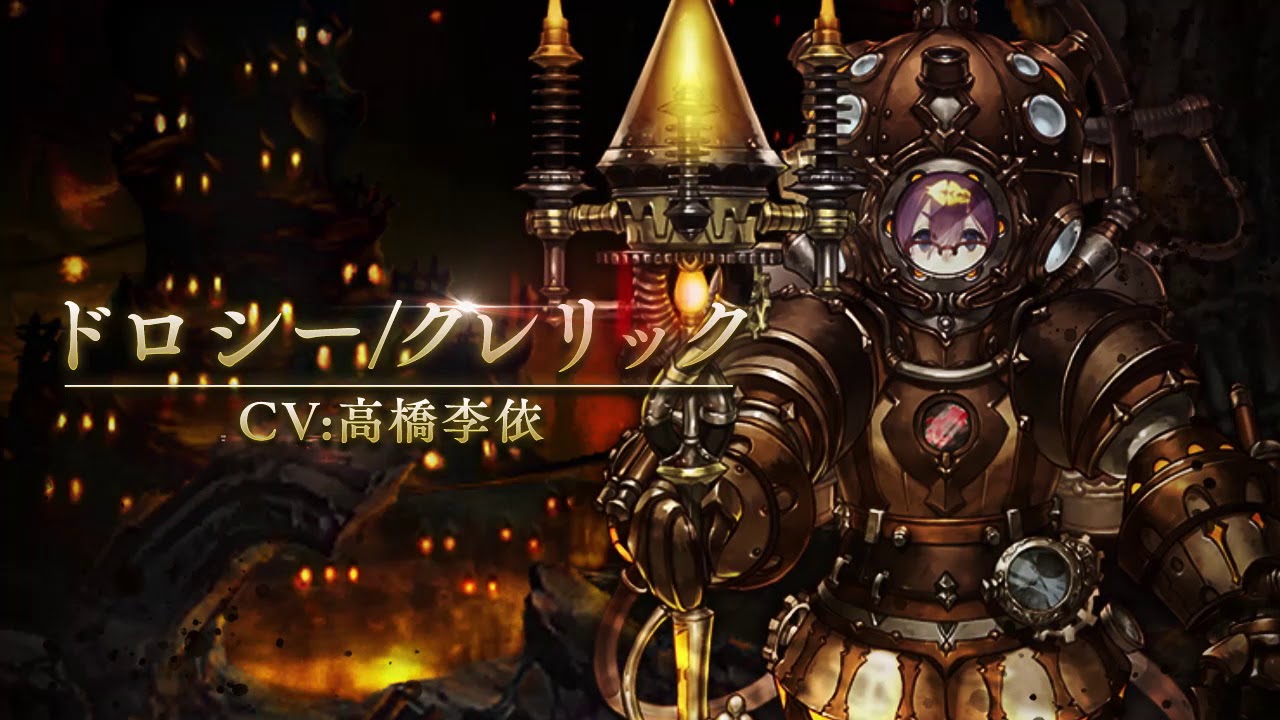 When asked why he created SINoALICE, Yoko Taro said a certain Mouse whispered in his ear that it would make him rich. The dark mobile game plumbs the depths as hit Disney movies, for sure. But this time, Snow White, Cinderella, and the rest are fighting each other in a massive battle royale.

When he was asked to put a character in a swimsuit because it would sell more gacha pulls, he did as he was told. Kind of. Rather than a cute bikini, SINoALICE‘s Dorothy Gale ended up in a chonky diving suit. The next time around, she wore a cute bikini… while dressed as a bear. (Don’t fret, gacha fans, he finally relented. The game has swimsuits for days now.) 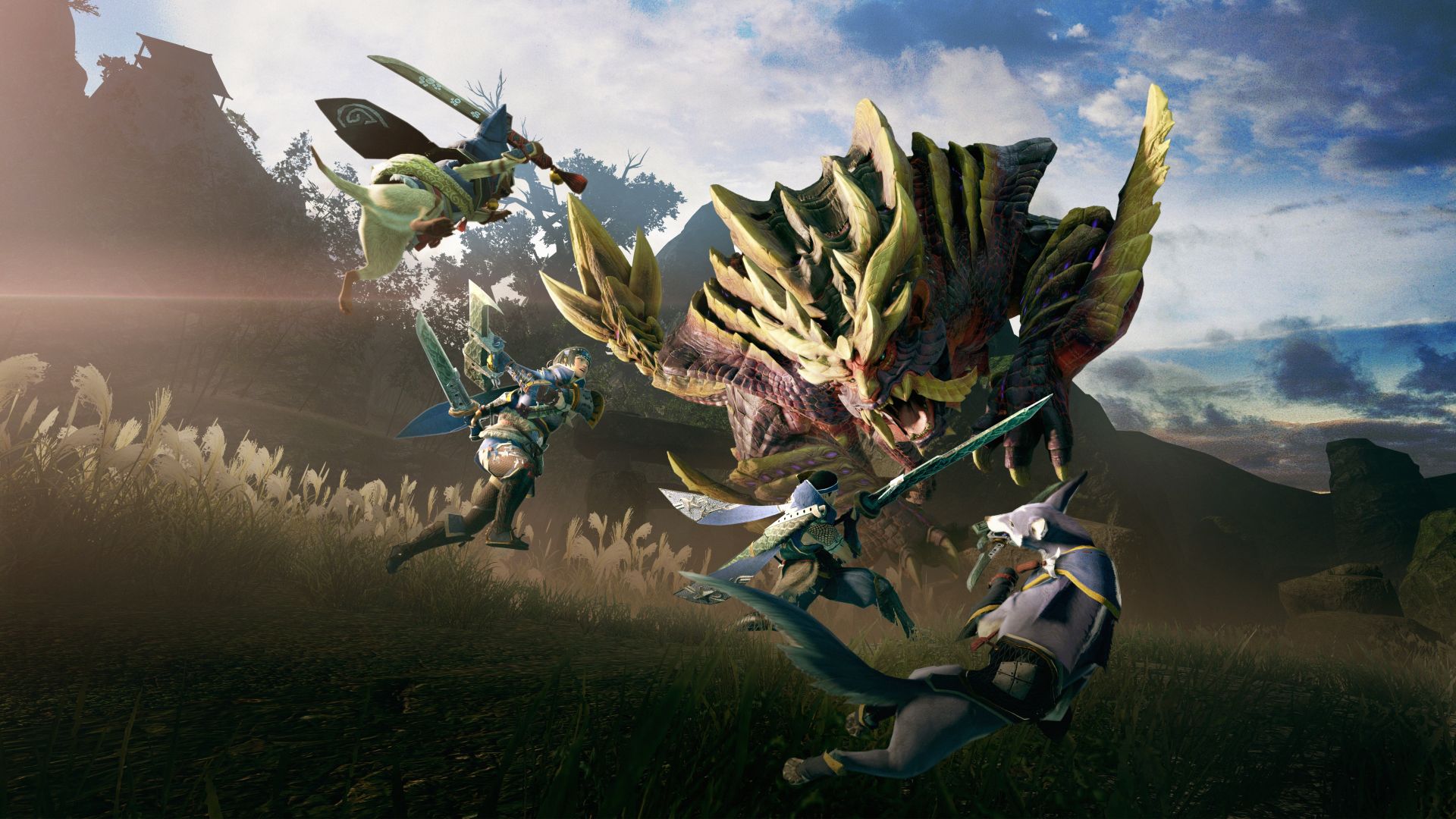 His sense of humor aside, Yoko Taro is well known for making games that explore grim realities and have unusual expectations of their players. (Remember Ending E?) So it’s not surprising that his mind will drift in that direction, even when he’s playing other people’s games.

For example, he pitched an alternate story for Monster Hunter Rise that reads like a classic video game creepypasta. Highlights include sacrificing either Minoto or Hinoa to kill the final boss, NPCs no longer selling you things because they realize you’re the real threat, and music changing or going silent depending on which characters have died. It freaks us out just thinking about it… but also we kind of want to play it.

Look forward to more cool stuff from Yoko Taro in the coming weeks and months! 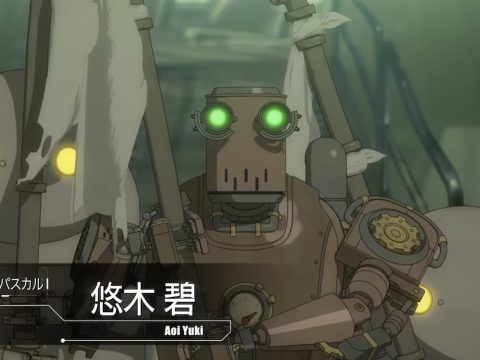 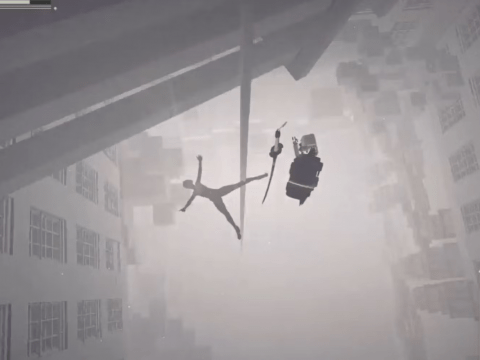 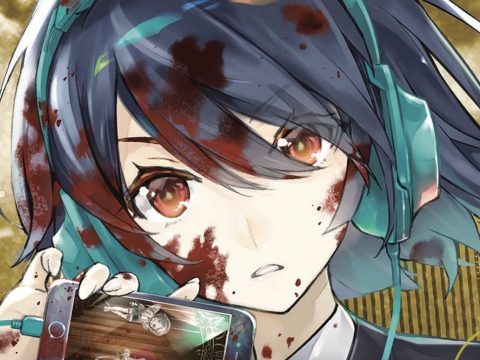 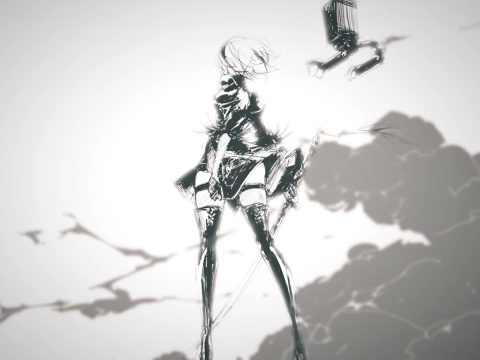 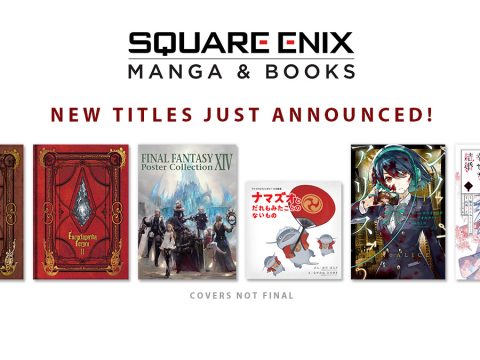