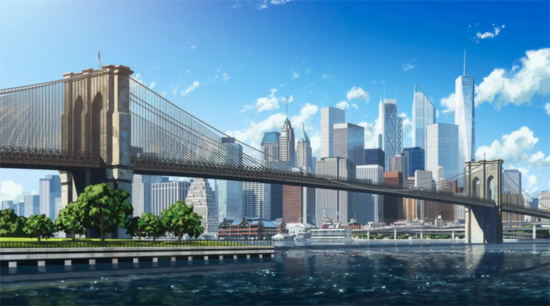 Residents of the Big Apple are about to get hit with a triple punch of Japanese pop culture.

First off, playing Madison Square Garden on October 11, it’s X Japan, one of Japan’s biggest and most successful visual kei bands. The legendary group, who have fought their way back to the stage after years of setbacks, including the deaths of two of their original members, will be the subject of a documentary shot at the event, so push your way to the front and become a part of rock history.

Secondly, manga artist Takeshi Obata will be on hand at Kinokuniya October 10 for a manga signing. Obata’s the artist behind manga like Death Note, Hikaru no Go and Bakuman., not to mention the manga version of All You Need Is Kill. Pop in and say hello, why don’t you?

Finally, the Japan Society will screen some ghost-themed shorts November 2 to celebrate what they’re calling Obake Family Day (theyre missing Halloween by a few days, but so it goes…). Among the shorts being screened will be Shuhei Morita (Tokyo Ghoul)’s Kakurenbo, which he made back in 2005 with a tiny independent team. Definitely worth a look to see how the Oscar-nominated director has progressed over the years.

All this, not to mention New York Comic Con. New York, what’s the deal? You trying to become Tokyo or something? Actually, a combination of Tokyo’s safe and efficient public transportation and New York’s cheap and delicious pizza would pretty much make for my ideal city.