Netflix surprised everyone today with the announcement of Bubble, an original anime film that’s currently in the works at WIT Studio. The cast and staff are mighty impressive, too. Tetsuro Araki (Attack on Titan) is directing, with Gen Urobuchi (Fate/Zero, Puella Magi Madoka Magica) handling the screenplay, Death Note manga artist Takeshi Obata on character designs, and Hiroyuki Sawano (Attack on Titan) composing the music.

As for the release date, Netflix has a worldwide premiere lined up for April 28, 2022, which puts it ahead of even the Japanese theatrical debut on May 13. Check out a teaser trailer below in the meantime. 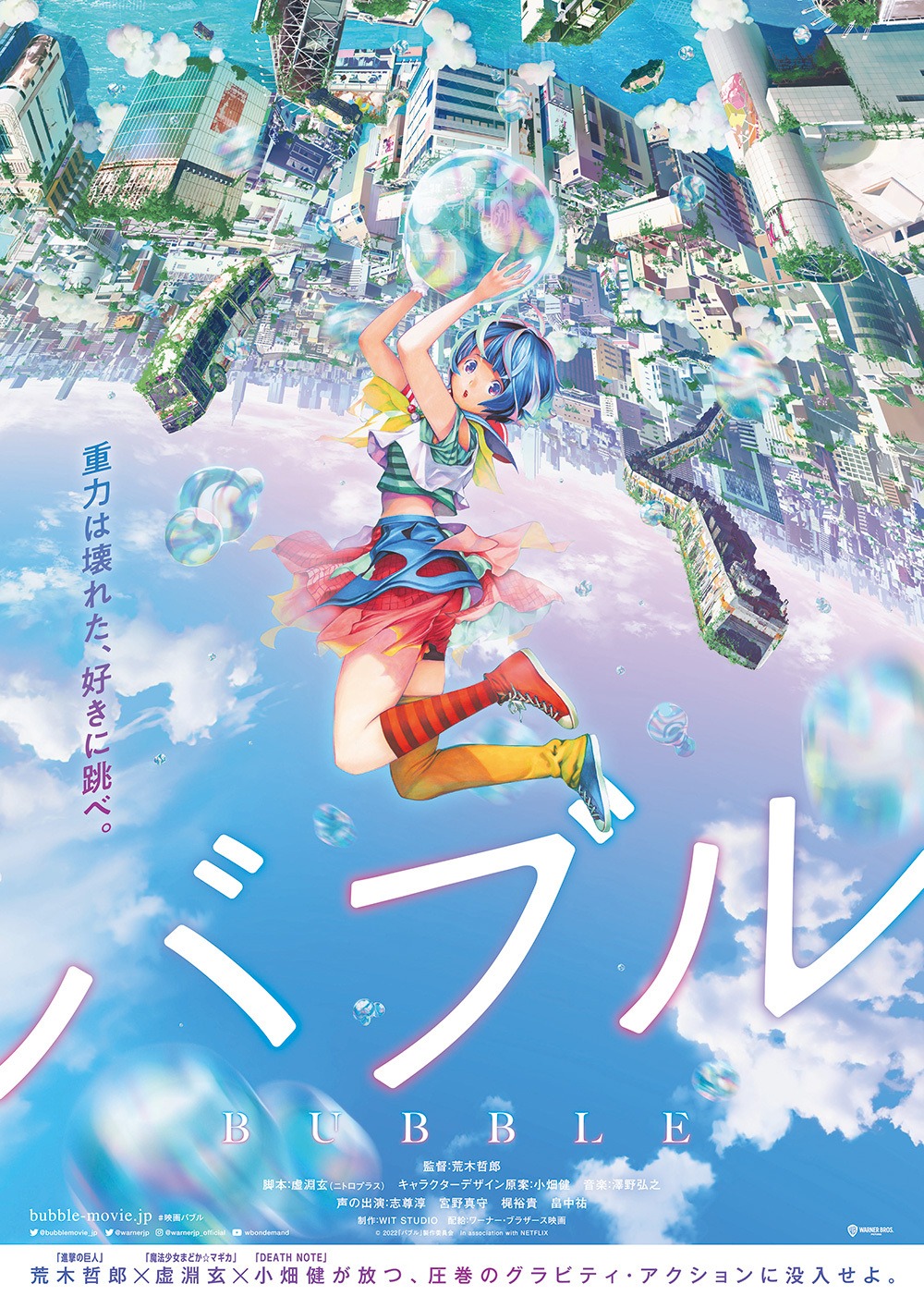 Only on Netflix April 28, 2022 pic.twitter.com/YnmhcnnYBt

The story is set in Tokyo, after bubbles that broke the laws of gravity rained down upon the world. Cut off from the outside world, Tokyo has become a playground for a group of young people who have lost their families, acting as a battlefield for parkour team battles as they leap from building to building. Hibiki, a young ace known for his dangerous play style, makes a reckless move one day and plummets into the gravity-bending sea. His life is saved by Uta, a girl with mysterious powers. The pair then hear a unique sound audible only to them. Why did Uta appear before Hibiki? Their encounter leads to a revelation that will change the world.