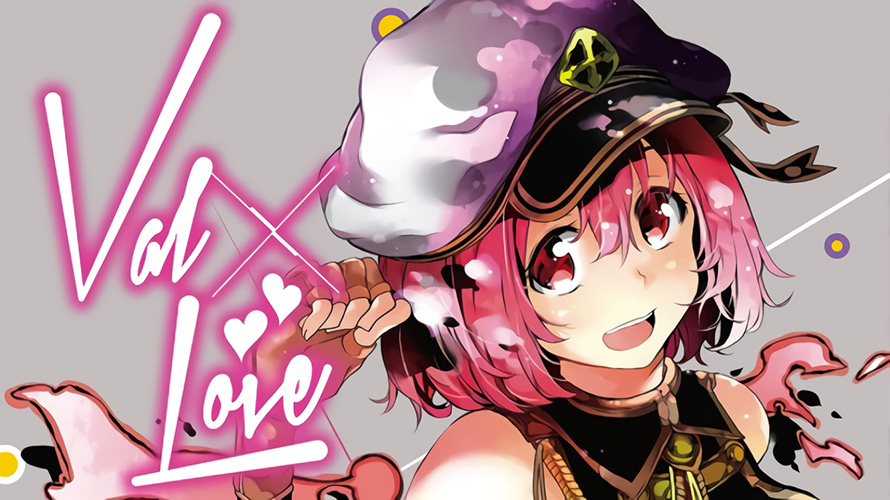 What if every kiss, every moment of handholding, and every date counted toward your girlfriend “leveling up” so she could fight demons as a powerful Valkyrie? Welcome to Takuma Akutsu’s world in Val x Love. Takuma is used to being alone because he’s so tough looking that everyone either steers clear of him or tries to pick fights. He just wants to spend time studying on his own, but instead he winds up with nine gorgeous Valkyries living in his home. According to the girls’ father, the god Odin, Takuma’s love will empower his harem to save Earth from imminent destruction. Thus the solitary teen is thrust into a life with a bunch of boisterous young women, all competing to get into compromising situations with him so they can level up their powers and destroy the demons wreaking havoc on Earth. 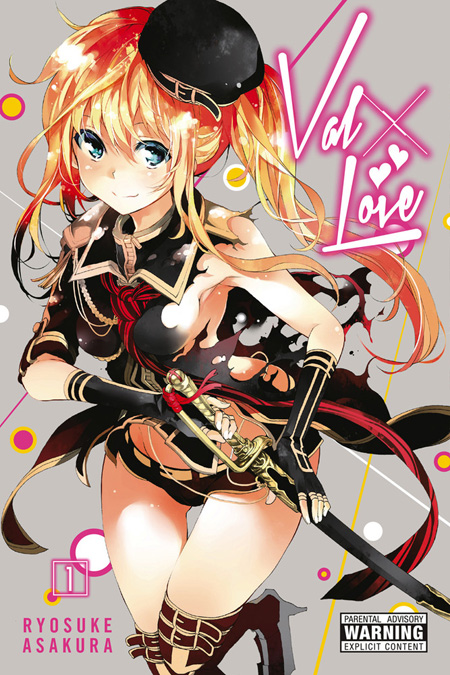 How do they level up? Essentially, they gain power by flirting with, kissing, touching, and even making love to Takuma. When a Valkyrie completes a “mission,” from holding hands while shopping to getting Takuma to touch her breasts, she’s rewarded with experience points. Unsurprisingly, much of the manga consists of sexy situations, barely clothed Valkyries, and plenty of suggestive poses and panty shots.

For the most part, Val x Love is a typical harem series. The art is sometimes funny, giving Takuma hilarious facial expressions and bizarre reaction shots. The Valkyries have fairly distinctive personalities, although only a few are developed enough to be memorable. Mutsumi is the shy one in the group, while Itsuyo is eager to get it on with Takuma so she can become the most powerful Valkyrie and get a “pat on the head” from her father Odin. Natsuki, meanwhile, is a deceptive schemer.

The first volume of Val x Love sets the stage for the war between demons and Valkyries, but it doesn’t do much to explain why it’s happening in the first place. At this point, it feels like the story could go in any number of directions. It’ll be interesting to see it take its strange premise into darker or more complex territory, providing more than the already generous T&A.