Tower of the Sun Robot 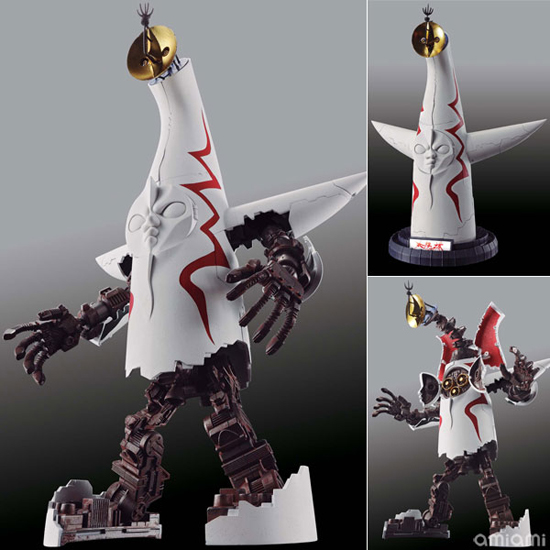 The venerable Chogokin toy line — metal figures named for the fictional, indestructible material of the trendsetting super robot Mazinger Z — has in recent years covered much wider ground than just robots and superheroes. Hatsune Miku has been a Chogokin. Hello Kitty, too. There’s even a luxury “Chogokin for Adults” line that produces extremely detailed and pricey replicas of real-life spacecraft (and the Shinkansen bullet train).

The next logical step for Chogokin is to take a real-world object and force it out into the world of toy fantasy, and they’ve done exactly that. Behold the Chogokin Tower of the Sun. This may look at first glance to just be a very weird transforming robot, but the Tower of the Sun is an actual building designed by surrealist artist Taro Okamoto. 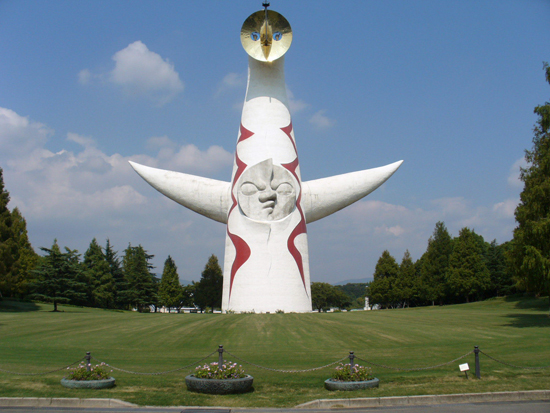 The Tower wouldn’t look out of place as a villain’s base in some robot anime, and the Chogokin guys picked up on that. The tower doesn’t transform so much as it opens up to reveal a menacing mechanical skeleton and a face under the face. Kind of a “stealth nerd” display item, don’t you think?