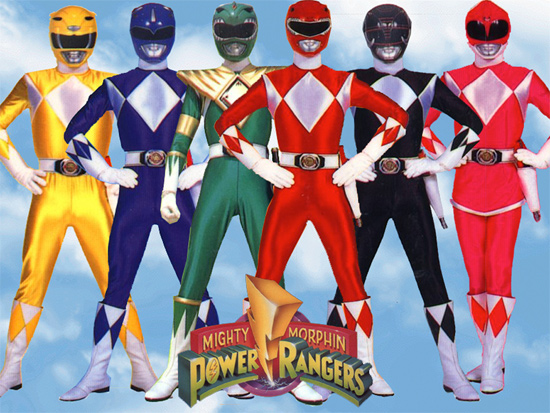 Hollywood Reporter is reporting a film reboot of the Power Rangers franchise from Lionsgate and Saban. As you may know, the adaptation of Japan’s Super Sentai franchise swept up a frenzy among American kids in the early 90s. (I was that age, and I was among them.)

We can’t ignore the impact of Pacific Rim and the upcoming new Godzilla film in this timing: if kaiju and robots are now acceptable material for Hollywood blockbusters, why not go back to the deep, deep well of robots vs. kaiju action that Power Rangers represents?

Little is actually known about the new film aside from the basic premise of “a group of high school kids with superpowers they must harness and use as a team to save the world,” which, in action movie terms, could really mean anything.
One must wonder to what degree compromises will be made with that very strict Power Ranger formula in order to make the children’s show palatable to moviegoing audiences. Will they go grim? Will the Power Rangers all wear black, or just extremely muted palettes? Can any mortal being match the late Michiko Soga’s performance as Rita? Here’s hoping they don’t forget that the inherent absurdity and camp of the sentai premise is part of the appeal.

No matter what happens, the important thing to keep in mind here is that no product that comes out of this is going to be better than the Kyoryuger movie where they team up with all the other dinosaur rangers and beat up on Goldar.