Toonami to Air Attack on Titan Marathon for Labor Day 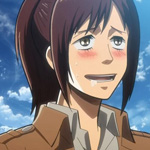 This Labor Day weekend Toonami is giving some extra love to the biggest anime of 2013. The official Toonami Tumblr announced today that the block airing on August 30th will be playing the first twelve episodes of Attack on Titan.

Toonami acquired the English dub of Attack on Titan earlier this year and started airing the series in May. Since then the show has been leading the block at the 11:30pm spot that previously belonged to Space Dandy.

Speaking of Space Dandy, it will be the only other show to air on Toonami that night. For one night only it will return to its original timeslot and start the block with another world premiere episode.

If you haven’t been keeping up with Attack on Titan and are looking to jump in, this marathon is the perfect chance to get caught up with the first half of the series. The block will be returning to its regular schedule the following week.

Will you be taking the 6.5 hour challenge to see Attack on Titan? Let us know in the comments!