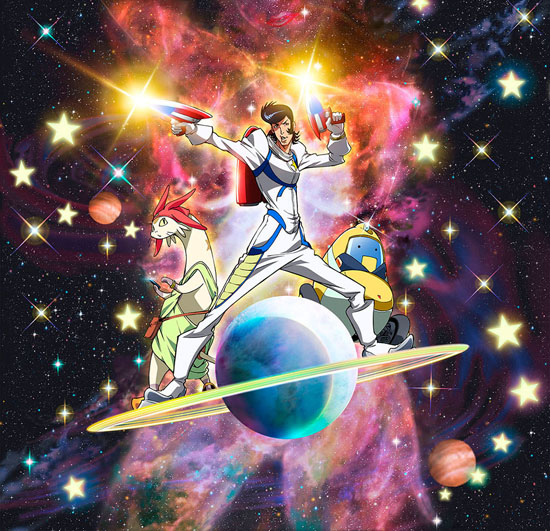 Good news for fans of Cowboy Bebop (in other words, just about everyone on the planet who has seen Cowboy Bebop): Bebop director Shinichiro Watanabe has a new series coming out, and the official website, launched just the other day, gives us a glimpse at just what kind of show it might be.

Here’s what we know: the show is called Space Dandy, and it’s, as Watanabe revealed at Otakon, about “the dandiest man in space.” He’s a man on a mission to seek out previously-undiscovered alien species (and, presumably, go where no one has gone before). The crew of the series includes some serious heavy-hitters: director Shingo Natsume (Fullmetal Alchemist), screenwriters Dai Sato and Keiko Nobumoto (both Bebop alums) and character designer Yoshiyuki Ito, who did animation (but not designs) on – you guessed it – Cowboy Bebop.

The website itself, to be honest, doesn’t have much content yet – just an image – which, indeed, is quite dandy.

So, just to recap: we’ve got the original creator and director of Bebop, working with a bunch of folks who worked on Bebop, on a new series set in space. Anyone else totally psyched for January?