The NEW PEOPLE Tokyoscope talks have explored everything from the bad girls of Japanese cinema to the towering titans of kaiju films throughout the first six volumes, and the topic of lucky no. 7 is none other than… the NINJA!

The focus of the talk is, naturally, the mysterious history and mystery of the ninja, both fact and fiction. Some of the latter will have to do with the new ninja action film Kamui Gaiden—based on Sampei Shirato’s ’70s manga—which opens at VIZ Cinema on Friday, November 19. Showings of the film will run through Wednesday, December 1. 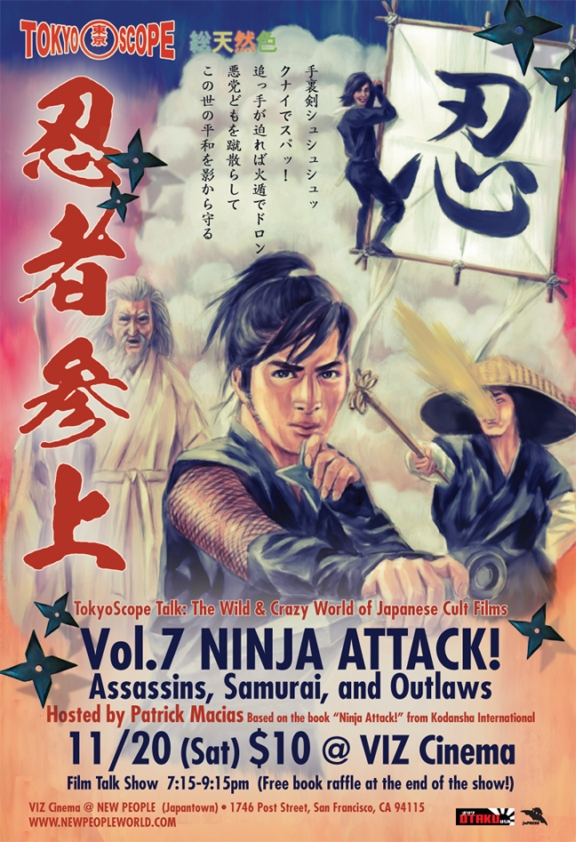 Tickets for the Tokyoscope talk are available here for $10 a pop, and anyone in the vicinity of NEW PEOPLE is strongly encouraged to attend. To add even more shuriken sugar to the proceedings, all attendees will be entered into a raffle to win free copies of Alt’s Ninja Attack!.

You can check out the full press release for the event at Patrick’s blog.