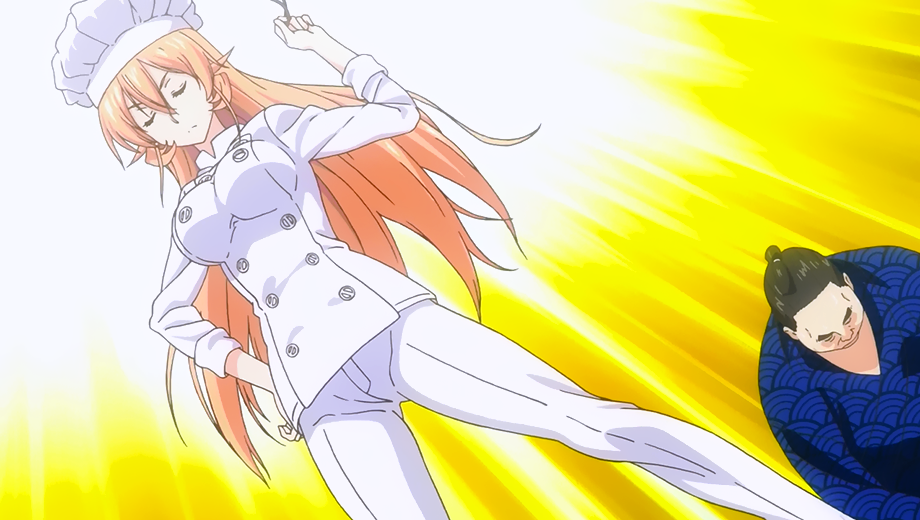 Anime isn’t exactly tethered to reality in any way, no matter how many of its takes on real-world locations may tell you otherwise. One series that is definitely divorced from reality is Food Wars! Shokugeki no Soma, but that didn’t stop TikTok user @shrimptempuraroll from reacting to Erina Nakiri’s absurd chef’s outfit in an appropriately stupefied way.

The video eventually made the rounds in translated form to viewers in Japan thanks to LA-based Japanese Twitter user @mihoimiofficial. She added commentary of her own, saying she hopes “that not only the creators but also the viewers will think about the representation of women and whether this portrayal will have a positive impact on the future of women.”

Japanese Twitter users didn’t exactly share those same views. Some were quick to say, “Don’t look to anime for reality” and “Characters also have pink or purple hair in anime, it’s not meant to be seen as real.” Another user said, “It’s strange that activists will defend large women in bikinis but they’ll get angry over a fictional character with a great body.”

The reactions @mihoimiofficial received were very different from those sent to the original American TikTok user who posted the video. “I wear those exact outfits at my culinary school and let me tell you they don’t fit like that they make u look like a door,” replied one viewer. “Vacuum sealed,” joked another, along with one who simply commented, “It’s called fan service and it’s been there since the dawn of anime get used to it lol.”

The reactions may not be the same for both users, but it’s hard not to see why the outfit is ridiculous. That doesn’t make it bad, it’s just… anime! Let us know what you think in the comments.

ORESUKI: Are you the only one who loves me? Gets OVA in September
Monster Girl Doctor Anime Brings Medical Fantasies to Life on July 12