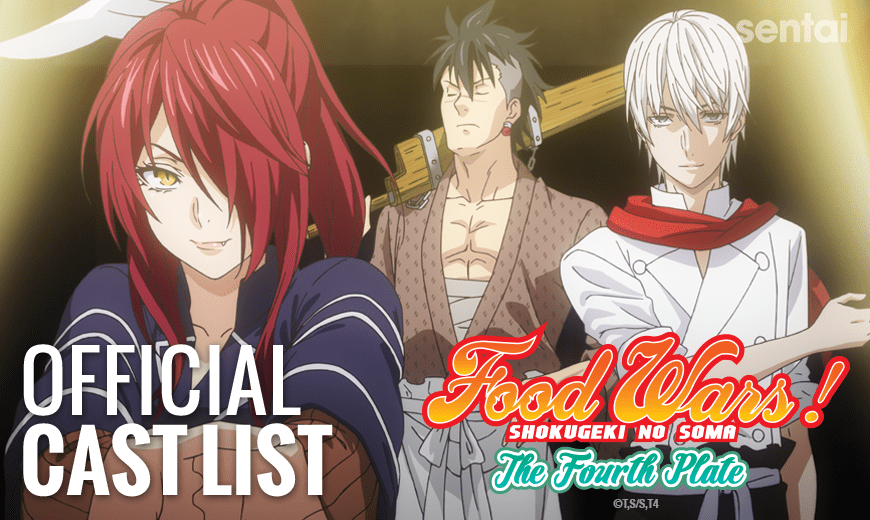 The fourth season of Food Wars! (a.k.a. Food Wars! The Fourth Plate) is being released on Blu-ray February 23. With the release a little under a month away, Sentai has revealed a dub clip about a minute and a half long, plus information on the dub actors and staff.

The fourth season has a returning cast, with Blake Shepard as Soma Yukihira, Jad Saxton as Megumi Tadokoro, Stephanie Wittels as Erina Nakiri, and Ian Sinclair as Azami Nakiri. Kyle Colby Jones is directing, and also writing the ADR scripts with Marta Bechtol.

Food Wars! The Fourth Plate is available for pre-order. 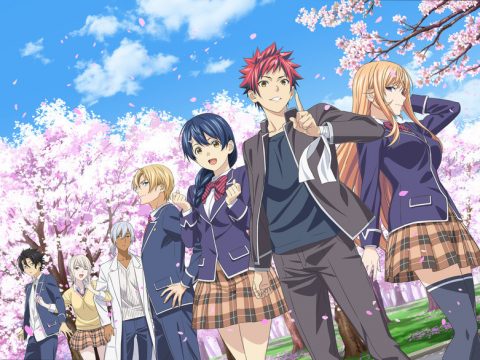