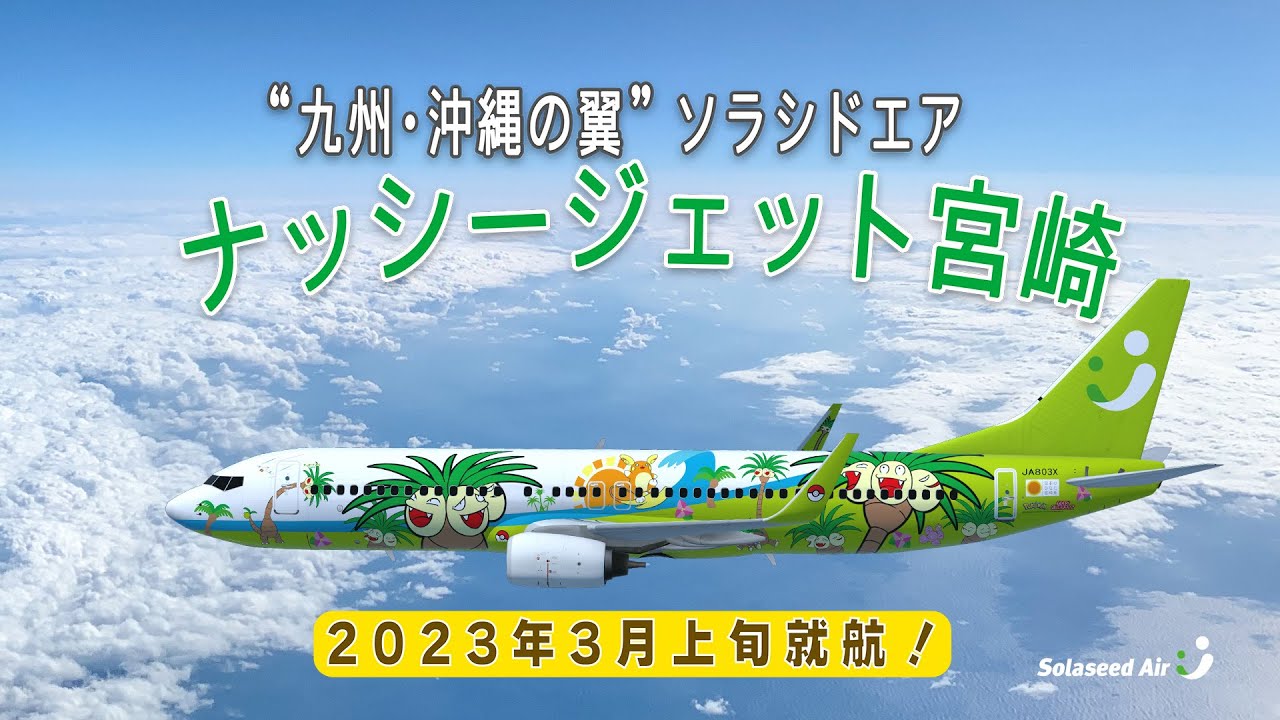 Exeggutor, the Poké-ambassador for Japan’s Miyazaki prefecture, has shown its likeness on manhole covers, buses and even planes from the area. The Pokémon is returning to its airplane theme, but this time around the airplanes are even more bursting with all things Exeggutor.

To be more specific, the flights in question are on so-called Nasshi Jets (Nasshi is Exeggutor’s name in Japanese) from Solaseed Air, a company in Miyazaki prefecture. The planes previously showed images of Exeggutor toward the tail and had decorations on the plane’s headsets. This time around, the whole side of the jet is decorated. You can see Exeggutor, as well as Alolan Bellossom, Wingull, and Exeggcute.

Like before, there will be headrest decorations. But in addition to that, thirsty people will receive their drinks in cups that show Exeggutor and Raichu looking out plane windows. The flight attendants serving people will do so while wearing specially themed aprons. Whoever flies this way will have plenty of Exeggutor to look at and think about. Between February 15 and April 28, people flying on the Exeggutor jet between Miyazaki and Tokyo, Nagoya, or Okinawa will have the opportunity to win awards, like round-trip tickets, food or bento boxes.

These jets are scheduled to be flying people on Solaseed’s routes for approximately three years.

The official Pokémon website gave this description of Exeggutor:

“Each of Exeggutor’s three heads is thinking different thoughts. The three don’t seem to be very interested in one another.”

That may be the case, but as we see here, plenty of people are interested in Exeggutor! And this pocket monster was dubbed the ambassador for Miyazaki prefecture because it looks like a palm tree and Miyazaki prefecture wants to bring in tourism for its warmer climate and phoenix palms.